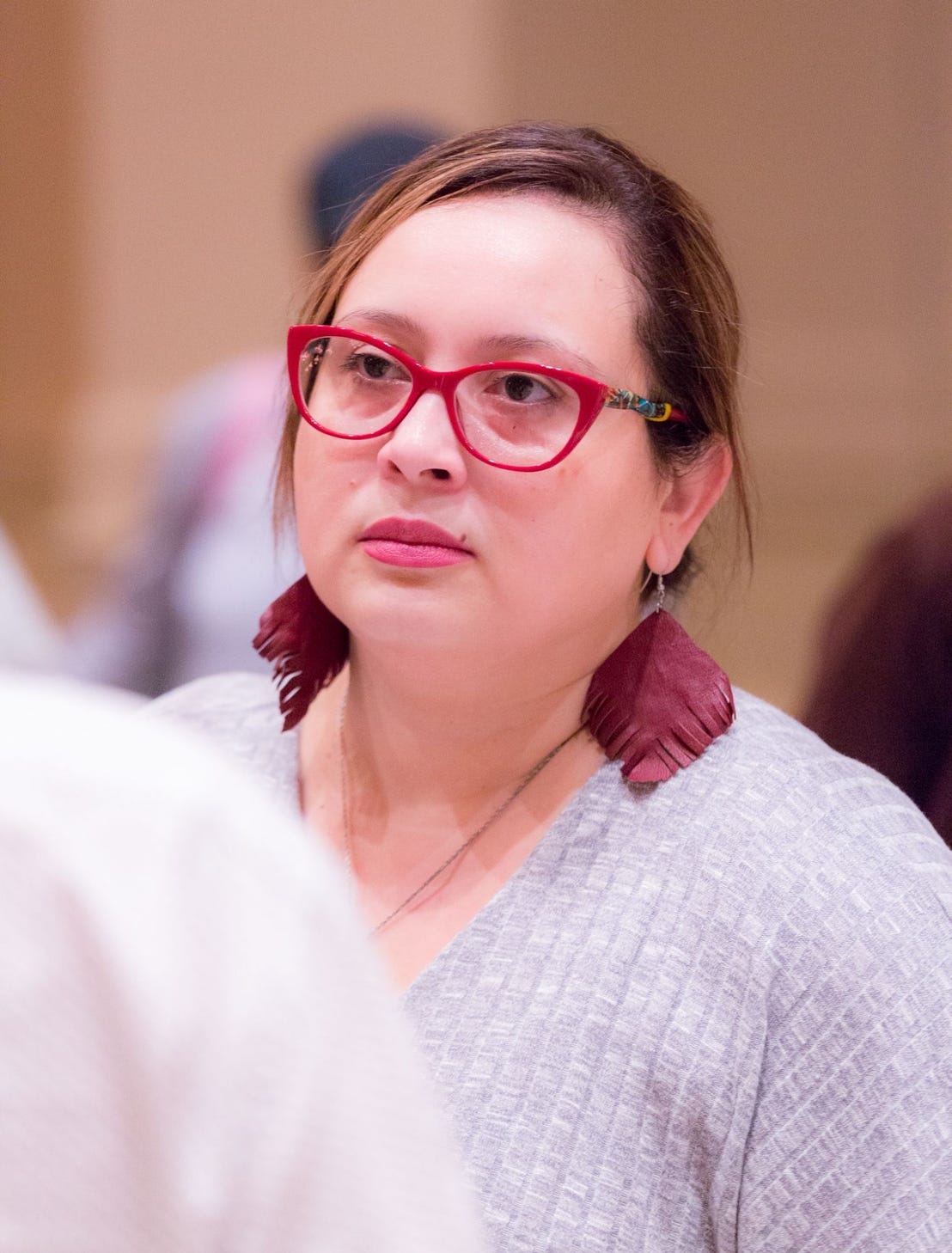 We're thrilled to announce that Isabel Gonzalez-Webster (she/her) will join CPR as our new Executive Director starting today, January 31, 2022 (and will assume leadership of our sibling organization, CPR Action, later in the spring of 2022).

Isabel Gonzalez-Webster was born and raised in Brooklyn, and for over 25 years she’s been a community, labor, and political activist working on economic, racial, and social justice issues, community accountability, violence against women, education, and electoral organizing.  As the Executive Director of Worcester Interfaith, she's won significant racial justice campaign victories related to education, health, language access, and other issues. Prior to Worcester Interfaith, Isabel spent years organizing with SEIU Local 509 and Community Labor United in Massachusetts and also served as the first Latina Chief of Staff to a Worcester Mayor.  Isabel is the proud wife of Angelique Webster and mother to 5-year old Isabel Vivian.

Priscilla González (she/her) has been serving as CPR Action’s Executive Director since January and will continue to serve through May 2022.  A native New Yorker, Priscilla played key leadership roles during CPR's and CPR Action’s early years. She was CPR’s first Director of Organizing and helped to lead critical CPR developments and victories, including: co-developing and launching our state legislative agenda that became known as the Safer New York Act, the 2013 passage of the Community Safety Act, securing the 2015 executive order for a Special Prosecutor for police killings, 10 weeks of mobilizations around the historic Floyd stop-and-frisk trial, and more. On the CPR Action side, Priscilla helped to create CPR Action a few years after CPR’s launch. For the past 20 years, Priscilla González has worked at the intersection of racial, economic, and gender justice, playing key roles in grassroots organizations and multi-sector coalitions.  As the daughter of a domestic worker, she’s especially proud of helping to pass the nation's first Domestic Workers Bill of Rights in New York State.  Most recently, she led campaign strategy and helped launch the #NoTechforICE campaign as Campaigns Director for Mijente, the leading digital and grassroots hub for Latinx and Chicanx organizing and movement building in the U.S. and Puerto Rico.

CPR Action is incredibly lucky Priscilla has agreed to serve as CPR Action’s Interim Executive Director through spring 2022, so that Isabel has some time to get oriented at CPR before also assuming leadership of CPR Action.

We’re excited that Isabel will be bringing her expertise back to her hometown of New York City, to help lead CPR and CPR Action’s work in the next stage.  We hope you’ll join us in welcoming Isabel to the CPR team and extended movement family – please lookout for information about a welcome event that we’ll be planning in February 2022.

We’d like to thank Manny Vaz who served as Interim Managing Director of CPR from December 2020 until today. We’re grateful for Manny’s hard work to ensure a smooth transition between Executive Directors.