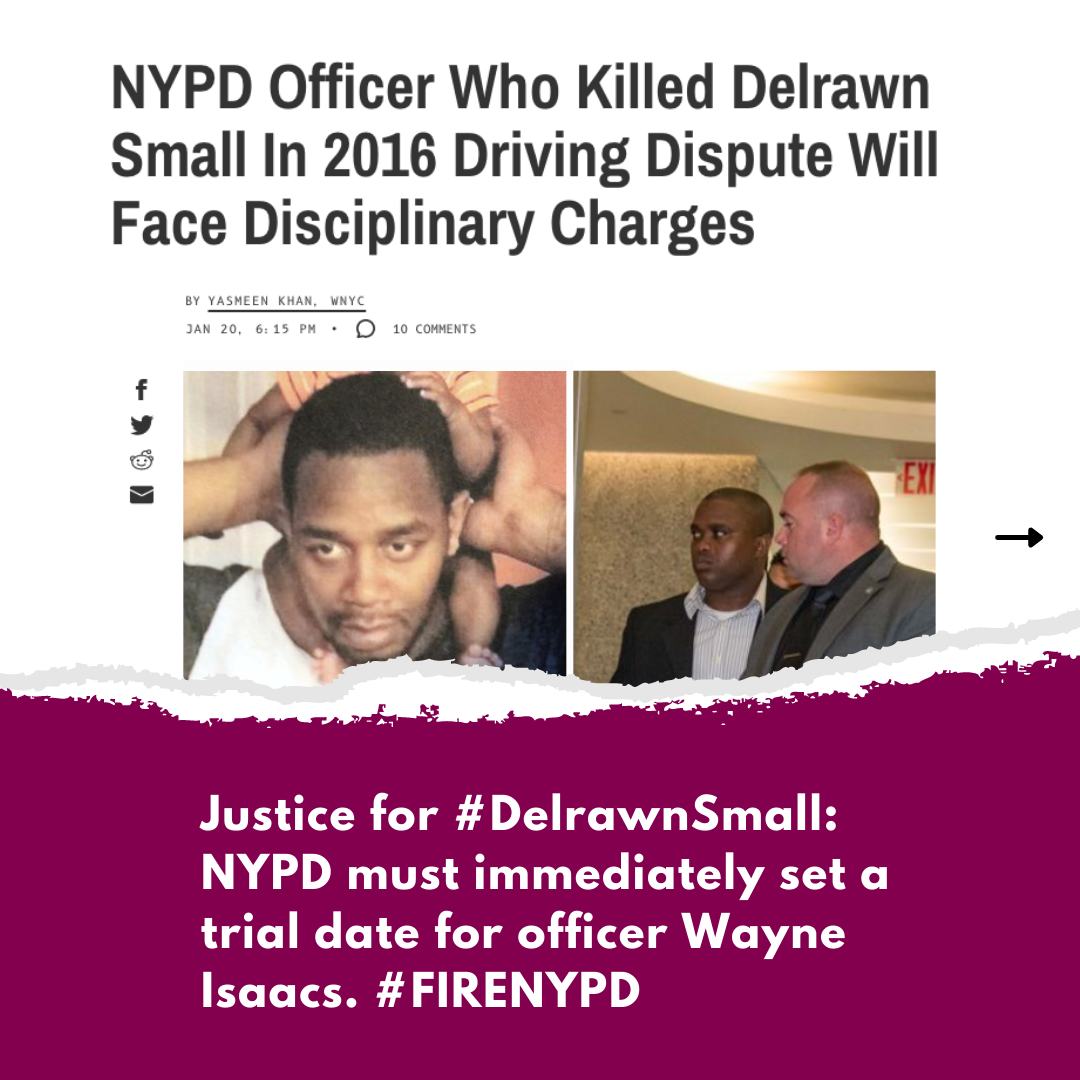 In a meeting with the Civilian Complaint Review Board (CCRB) today, Delrawn Small’s family learned that the NYPD office

Victoria Davis and Victor Dempsey, siblings of Delrawn Small, Communities United for Police Reform, and the Justice Committee are demanding that NYPD Officer Wayne Isaacs, who killed Small in 2016, be fired. The group met with the Civilian Complaint Review Board (CCRB) regarding the case.

Victoria Davis and Victor Dempsey, siblings of Delrawn Small, Communities United for Police Reform (CPR), and the Justice Committee met with the Civilian Complaint Review Board (CCRB) regarding the prosecution of NYPD Officer Wayne Isaacs who killed Delrawn Small in 2016.
For immediate release: February 2, 2022

One Day After Guilty Chauvin Verdict in MN, NYC Community Groups & Elected Officials Slam Mayor de Blasio and NYPD After “No Wrongdoing was Found” in NYPD Killing of Kawaski Trawick

Wayne Isaacs, the NYPD officer who killed Delrawn Small in 2016, is suing to prevent the Civilian Complaint Review Board (CCRB) from prosecuting his case. Isaacs filed an Article 78 petition, attempting to stop any further investigation into his misconduct related to the killing of Delrawn Small.

New York, NY – This evening, the family of Delrawn Small, who was killed by off-duty NYPD officer Wayne Isaacs in 2016, learned that the NYPD has agreed to serve disciplinary charges on Isaacs that were substantiated by the Civilian Complaint Review Board (CCRB) in October 2020.  Below is a statement from Victoria Davis and Victor

Yesterday, the Civilian Complaint Review Board (CCRB) substantiated the excessive-force complaint against Officer Wayne Isaacs in the July 2016 killing of Brooklyn father Delrawn Small. In response, Communities United for Police Reform and the Justice Committee, along with the siblings of Small, Victoria Davis, and Victor Dempsey, are calling for the immediate firing of Isaacs. 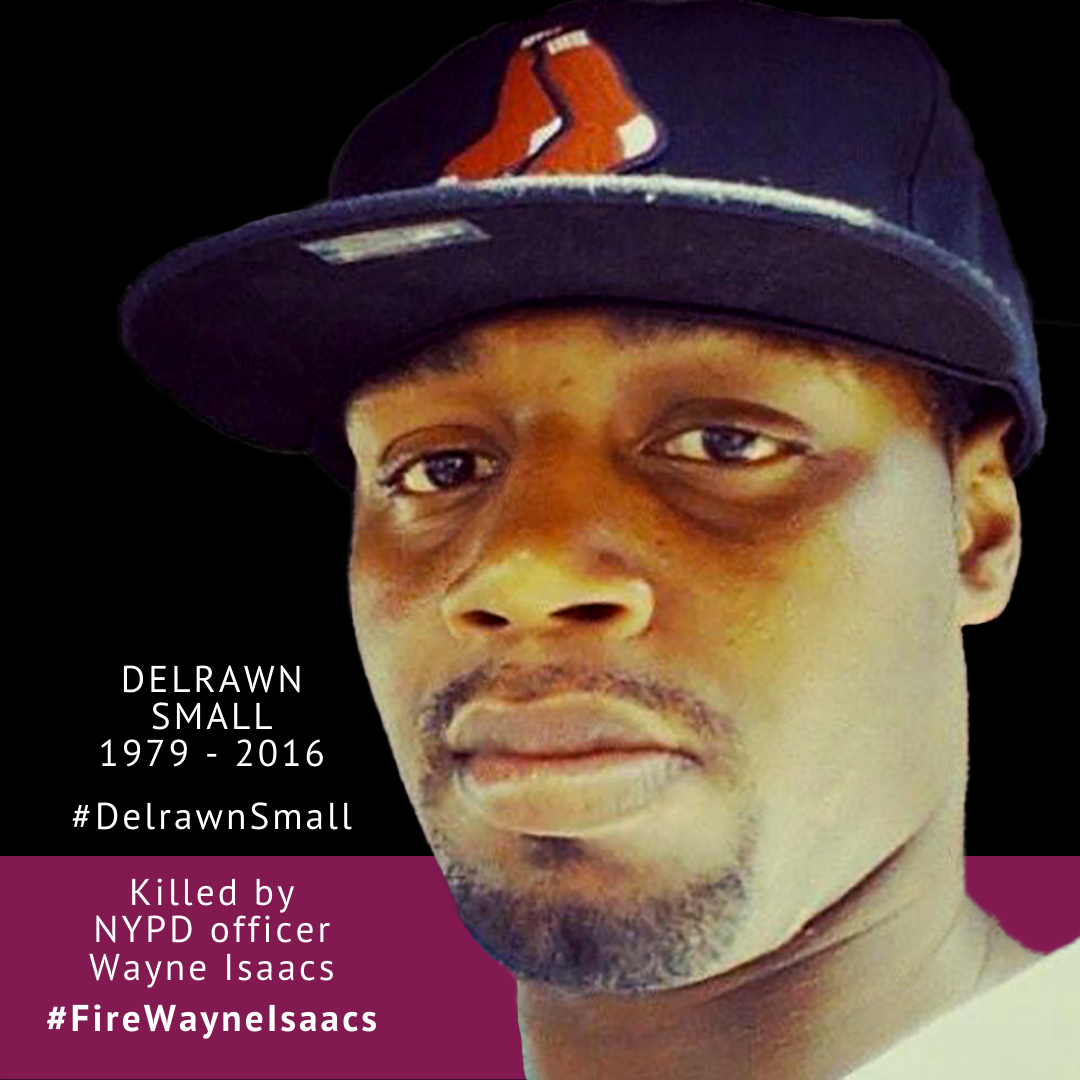 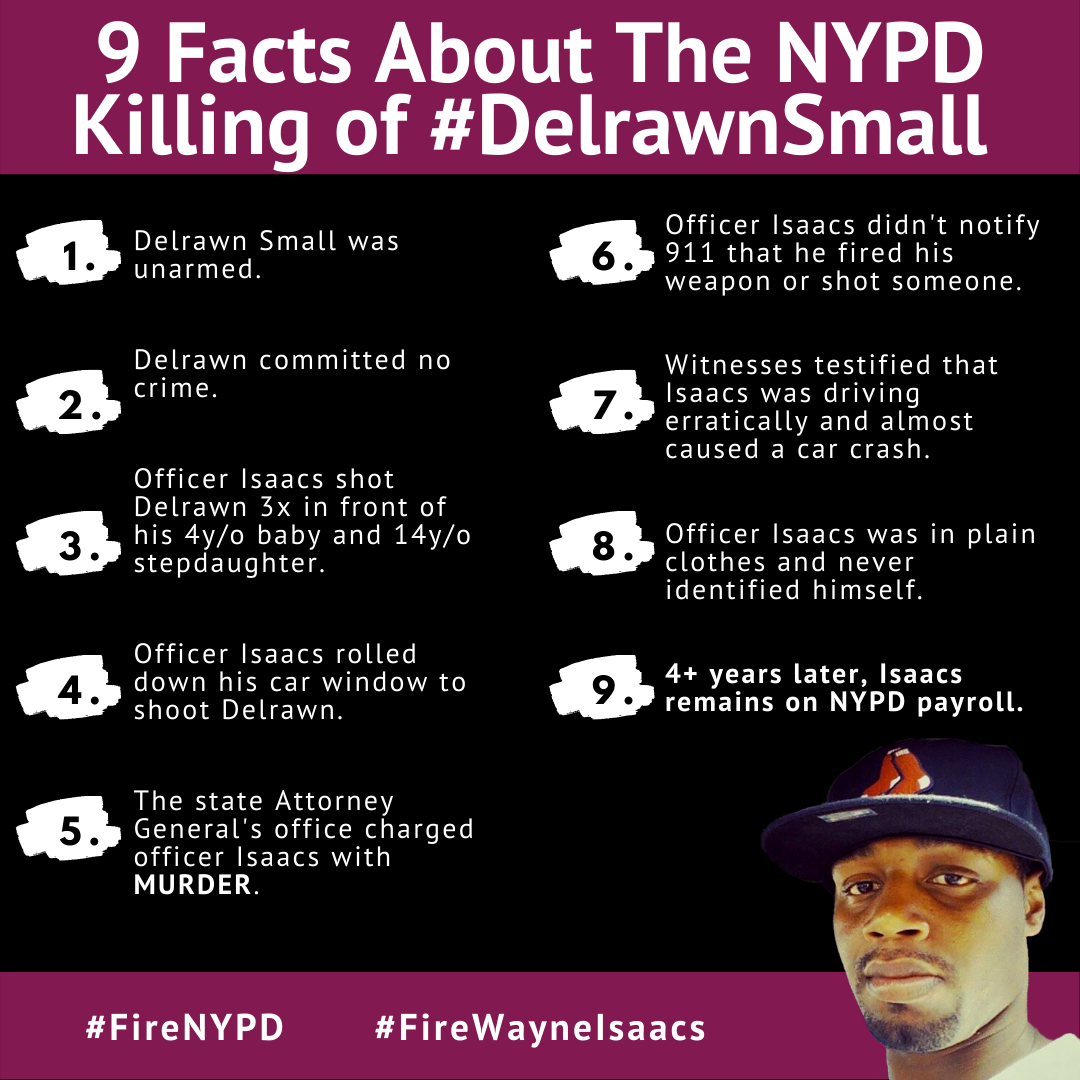