Since 2020, Communities United for Police Reform has led a historic #NYCBudgetJustice coalition comprised of over 200 local and national organizations to demand cuts to the NYPD budget and reallocation of those resources to fund core service programs and infrastructure for Black, Latinx and other communities of color.

This year, our NYC Budget Justice coalition is demanding $1B cut to the NYPD FY23 expense budget and demanding bold investments in housing, employment, health care and education that will have significant and long-lasting impact on the well-being of New Yorkers, in particular for our communities that have been most impacted by the COVID-19 pandemic.

NYC Mayor Eric Adams ran on a campaign promise to bring a new and fresh approach to public safety, above all promising to decrease police violence. He has often used language indicating that he would invest in the public institutions and programs that have track records for making our communities safer. However, in the first six months of his tenure, it has become clear that Adams’ dominant strategy to address public safety is to expand policing and criminalization and increase the size, scope and power of the NYPD, including across many agencies in the city where the police do not belong.

Adams has consistenly moved to expand regressive and failed policing tactics of the past that have caused tremendous harm in communities of color and has put forward the largest NYPD expense budget that our city has ever seen — $11.2 billion — while including comparatively minuscule investments in community-based violence prevention and intervention solutions that actually work.

This is not the budget justice that New Yorkers need so that we can meaningfully address issues of public health and safety facing our communities and bring us out of the economic precarity exacerbated by 2.5 years of the COVID-19 pandemic. We demand a budget that invests in non-police health & safety solutions --- not more failed policing strategies.

The NYC Budget Justice Coalition calls on the Mayor and City Council to:

1. Move money away from policing and invest in community safetysolutions.

2. Cancel regressive policing tactics, and block any increases to the NYPDFY23 budget.

3. Require NYPD transparency in the budget by including transparency related terms and conditions in the adopted FY23 budget. The NYPD’s lackof transparency serves as structural protection from any meaningful fiscaloversight. That allows the NYPD’s budget to continue to balloon and theNYPD’s impunity and power to grow unchecked.

TAKE ACTION WITH US: Tell your City Council Member that we need transformative change that includes cutting the NYPD budget and committing significant investments in communities!

On Friday, June 11, New York City Mayor Eric Adams and Speaker Adrienne Adams announced a handshake deal on the city’s FY23 budget, which included an NYPD budget of more than $11 billion, the largest in the city’s history. Communities United for Police Reform (CPR) released the following statement from spokesperson Keli Young (she/her):  “The crises that our communities are facing today require bold action from our city leaders and a budget that creates a clear path to a true recovery that would help not only keep us safe, but help us thrive. The budget announced by the mayor and speaker today falls short of meeting this need.  "We expected this new City Council to prioritize significant community investments over the continued expansion of the NYPD budget; instead the proposed FY23 budget reflects the largest NYPD spending in history. The projected $11.2B for the NYPD enables the mayor to continue to push regressive and failed policing tactics that harm Black, Latinx and communities of color and have been heavily criticized and condemned by New Yorkers. This does not make our city safer."
For immediate release: June 2, 2022

New CPR Budget Report: Communities demand a budget that invests in communities, not in policing

Today, Communities United for Police Reform (CPR) released its budget report, Creating Safe and Vibrant Communities for all New Yorkers, a community-driven rebuke of the mayor’s proposed FY23 budget. Mayor Eric Adams’ proposed budget has been heavily criticized and condemned by community members across the city for continuing regressive and failed policing patterns of the Giuliani and Bloomberg administrations and further bloating the NYPD budget while crucial community services receive comparatively microscopic investments. According to CPR’s budget report, the mayor is proposing the largest-ever NYPD budget – $11.2 billion, with minuscule investments in community-led violence prevention and intervention solutions that actually work.
For immediate release: May 25, 2022

“Budgets are moral documents, and the Mayor’s budget released yesterday reflects that the city values policing and criminalization over solutions that will actually improve the lives of New Yorkers across the city, especially Black, Latinx and other communities of color. These communities have been the most devastated by disinvestment and need solutions which address long-term public safety and health,” said Keli Young (she/her), spokesperson for Communities United for Police Reform. 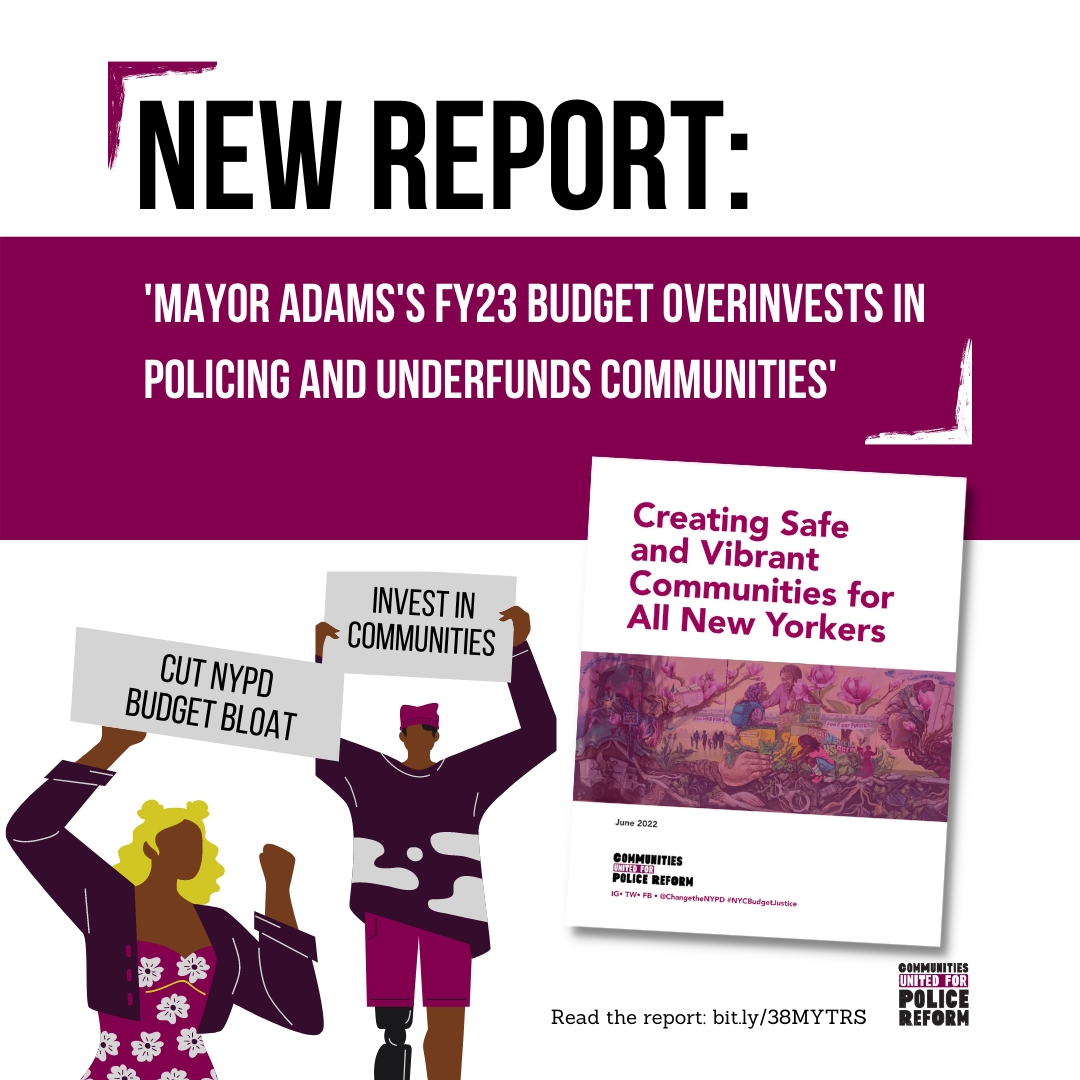 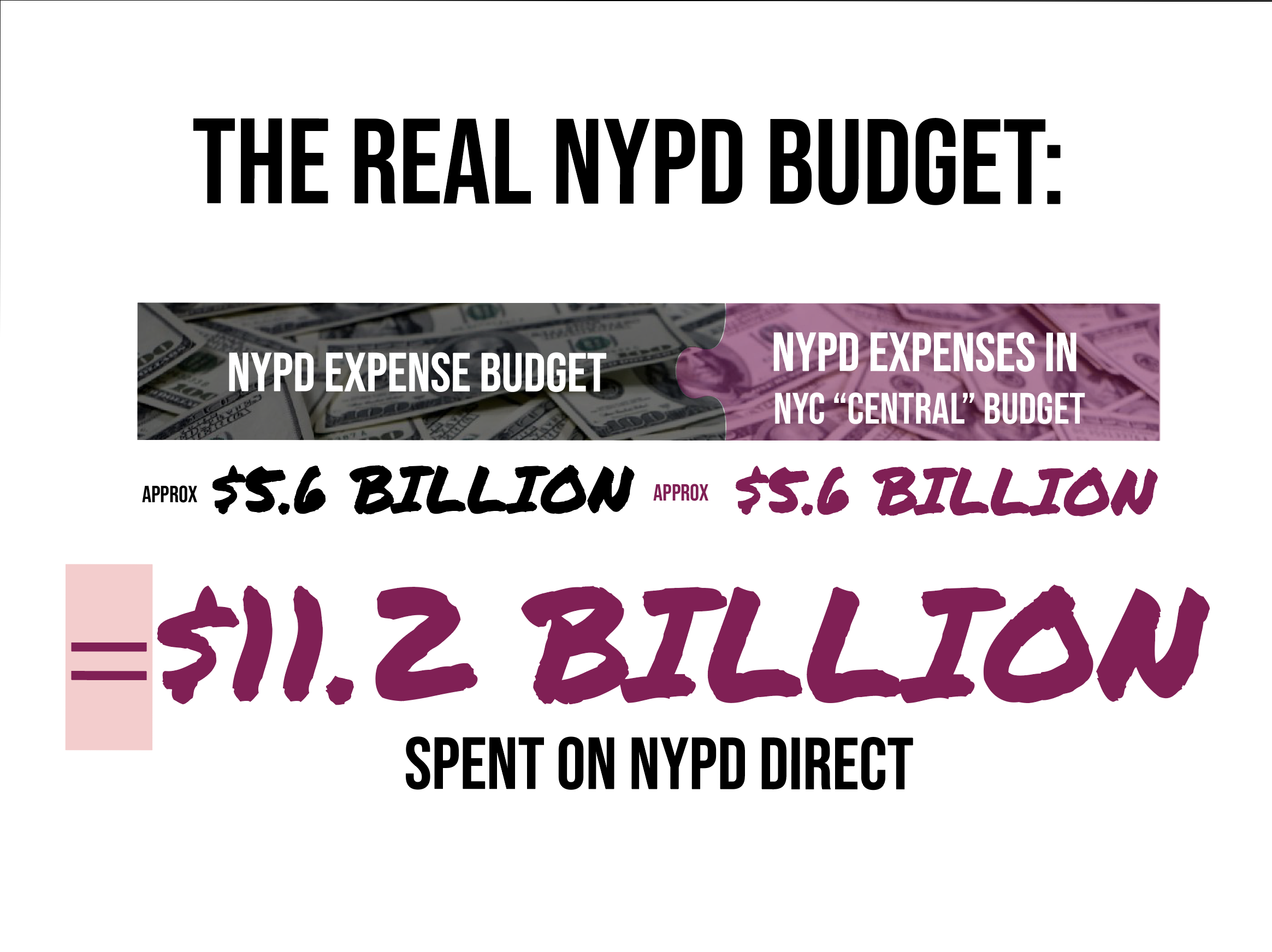 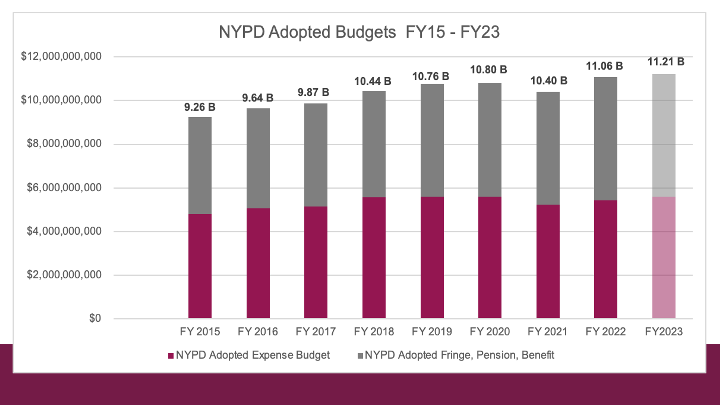 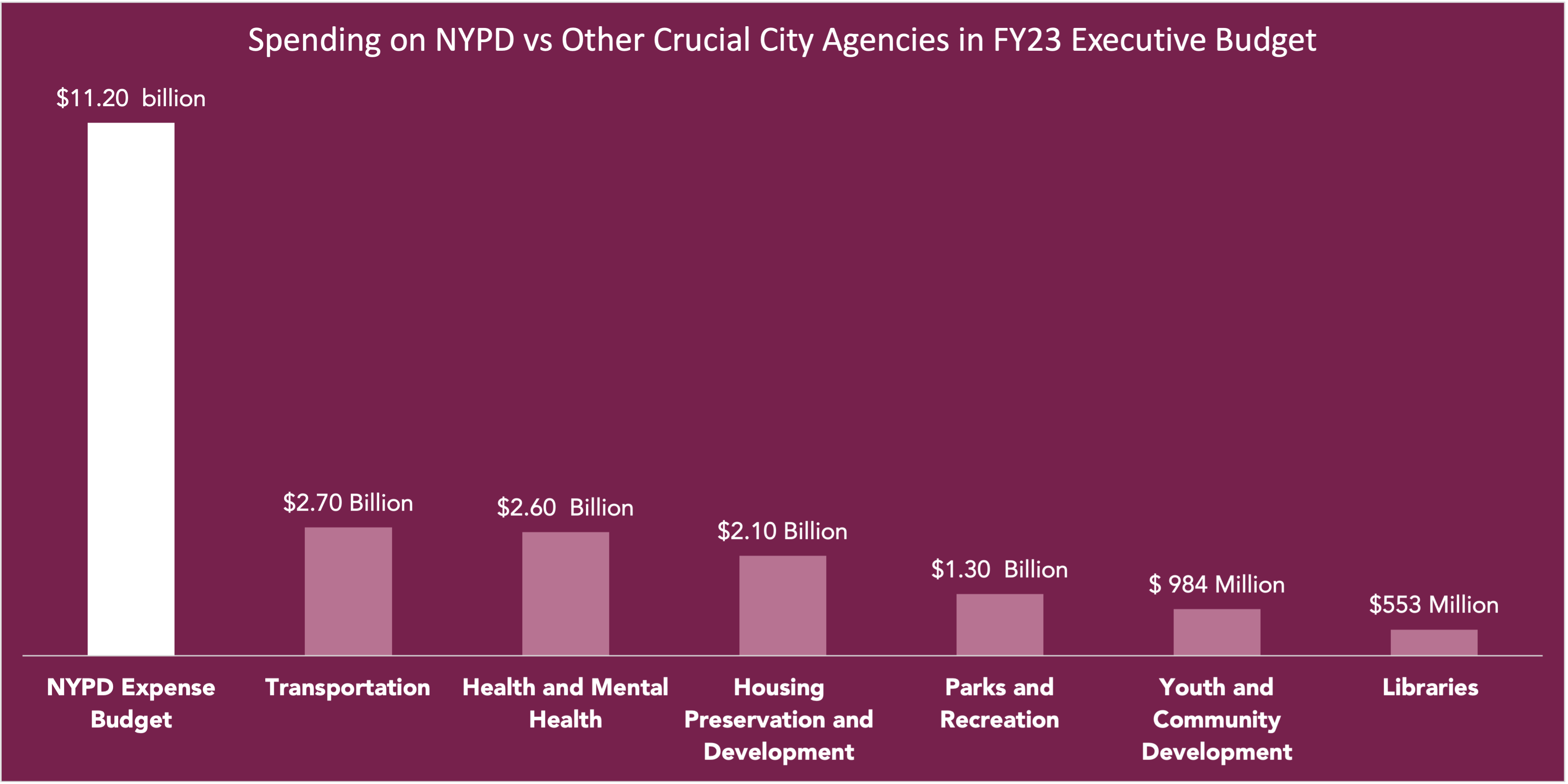 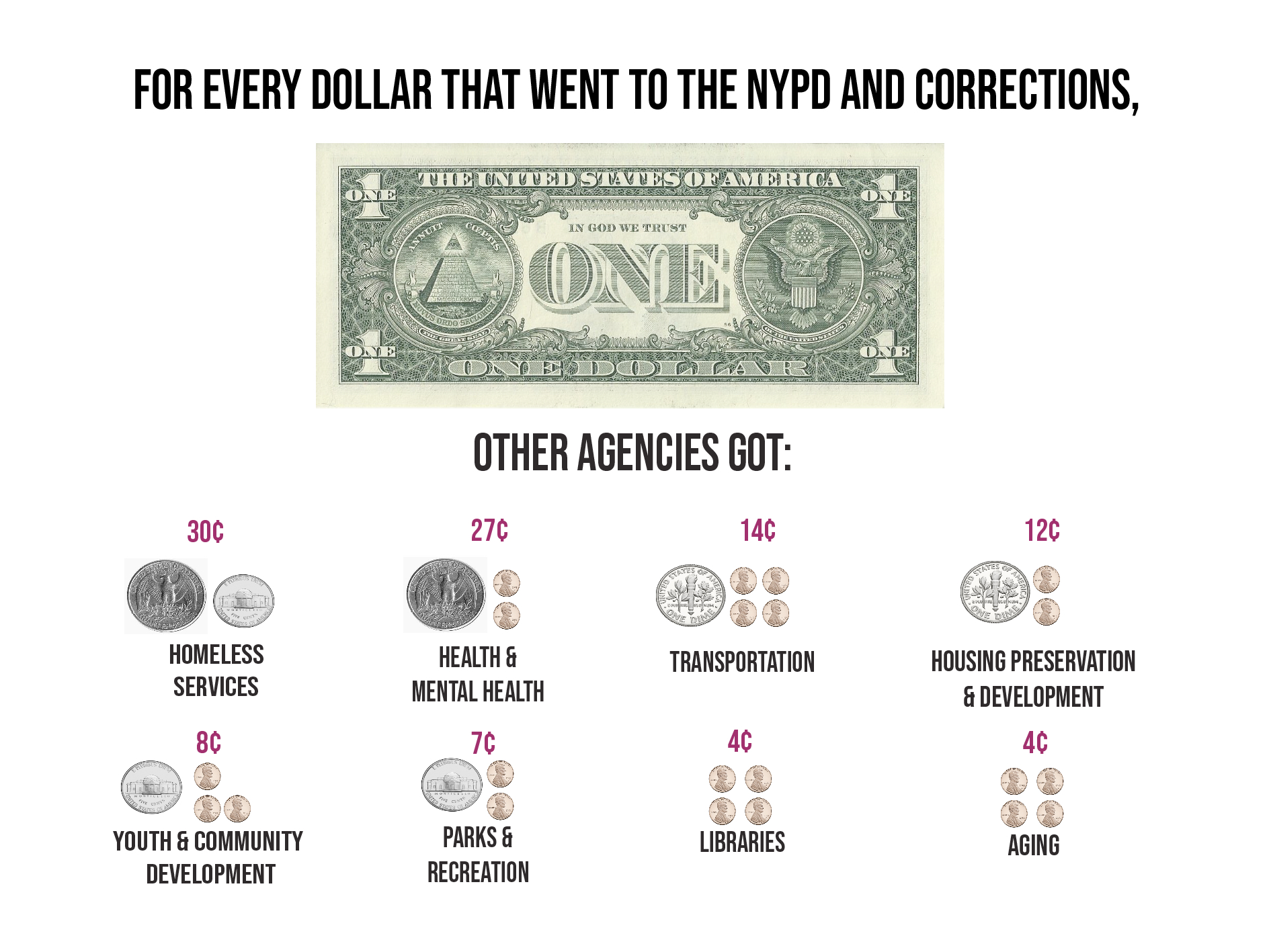 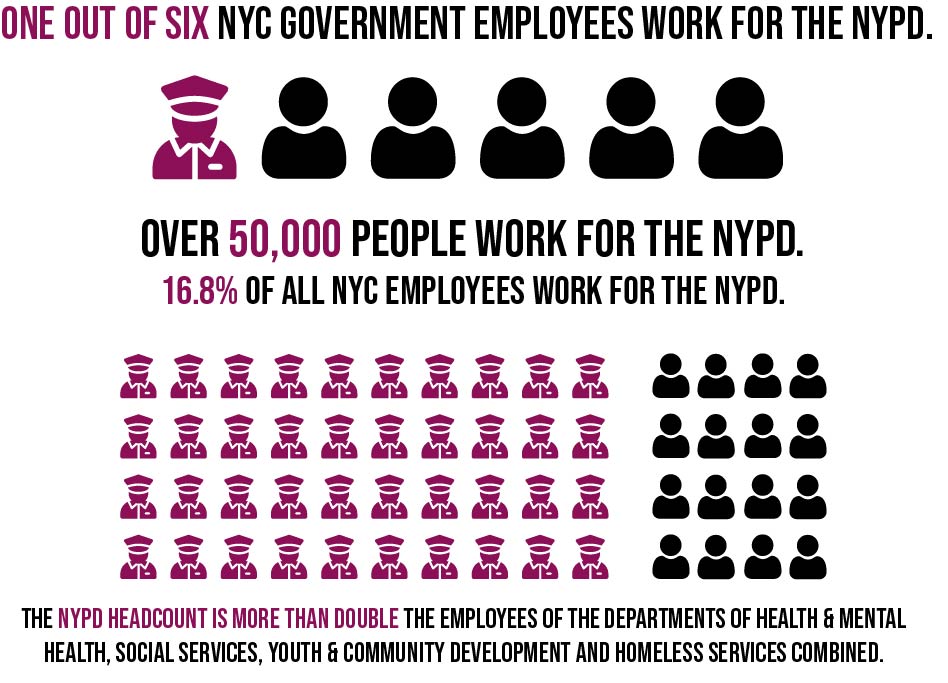