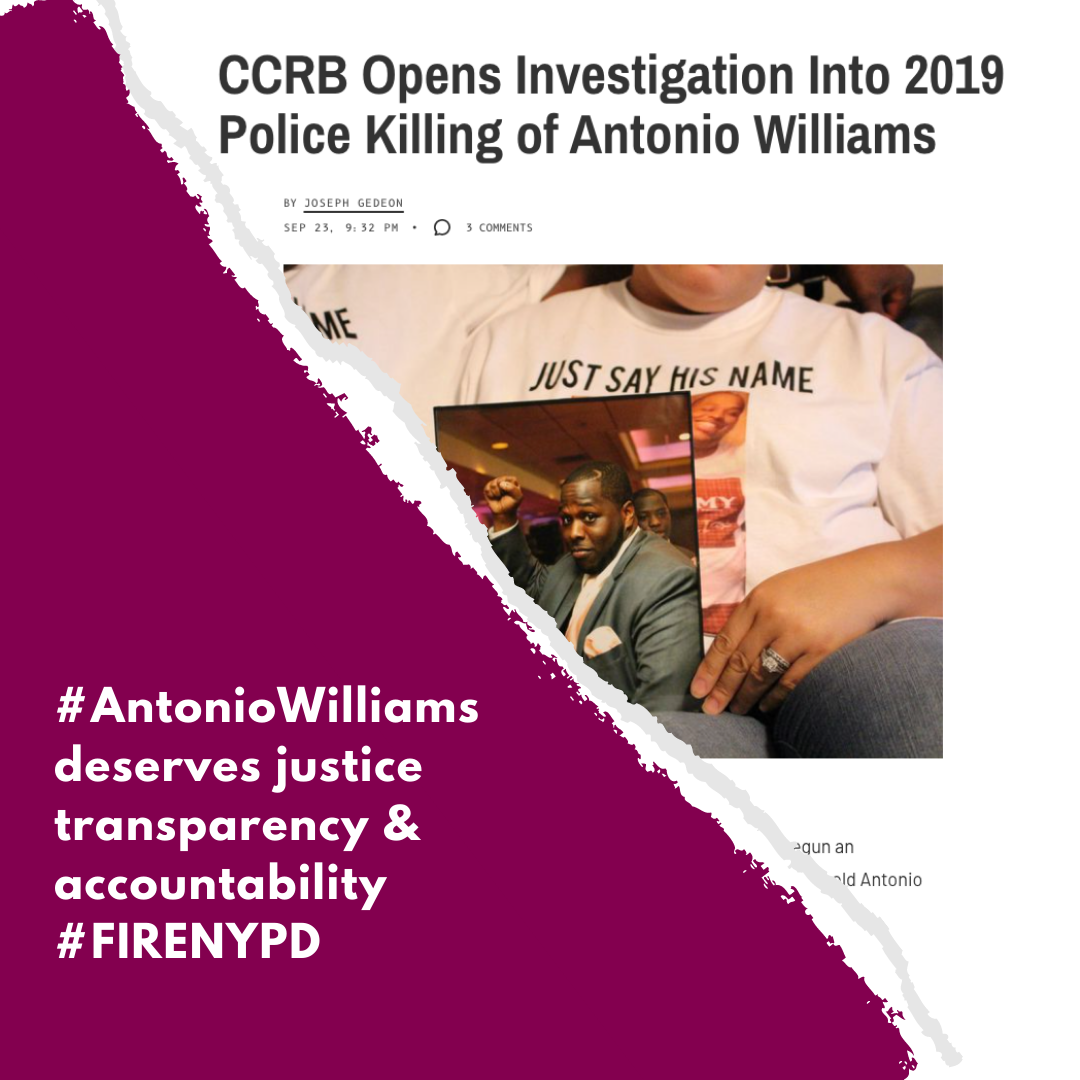 On September 29, 2019, Antonio Williams was standing on the street, waiting for a taxi, when plainclothes officers jumped out of an unmarked car. NYPD officers chased, tackled, and beat Antonio. Shortly after, they recklessly opened fire, killing Williams and an NYPD officer, Brian Mulkeen, in a reckless hail of 15 bullets – some shot from over 60 feet away. For almost two years, NYPD provided no explanation for why officers chased Williams in the middle of the night and have never articulated the reasonable suspicion required to stop Antonio.

In November 2020, security footage supporting the family’s statements that the NYPD engaged in an unconstitutional stop and unnecessarily escalated the interaction was released. The Williams family sued the City of New York and the NYPD; they continue to work to demand full transparency and the firing of all officers involved.

On September 22, the Civilian Complaint Review Board told the Williams family they would open an investigation into the officers responsible for stopping, brutalizing, and killing Antonio.

Help uplift the demands of the Williams Family:

The family of Antonio Williams, the Justice Committee, and Communities United for Police Reform met with the Civilian Complaint Review Board (CCRB) to discuss the investigations into NYPD officers, Sgt. Jason Valentino, Det. Daniel Beddows, and Officers Brian Mahon, Keith Figueroa and Robert Wichers, who killed Mr. Williams nearly 2 years ago in the Bronx.
For immediate release: July 1, 2021

Today, the family of Antonio Williams, the Justice Committee, Communities United for Police Reform organized a rally with City Council Members Brad Lander, Antonio Reynoso and others to announce the filing of an Article 78 lawsuit to force the City to turn over critical information and evidence related to the NYPD killing of Antonio Williams.
For immediate release: April 9, 2021

Today, Bronx District Attorney Darcel Clark’s office informed the family of Antonio Williams that NYPD officers responsible for killing Antonio in 2019 will not be prosecuted. During the virtual meeting with the Bronx DA’s office, the family, the Justice Committee, Communities United for Police Reform and the family’s lawyers were informed about the status of the investigation and that officers who killed Antonio Williams, including NYPD Sgt. Jason Valentino, Det. 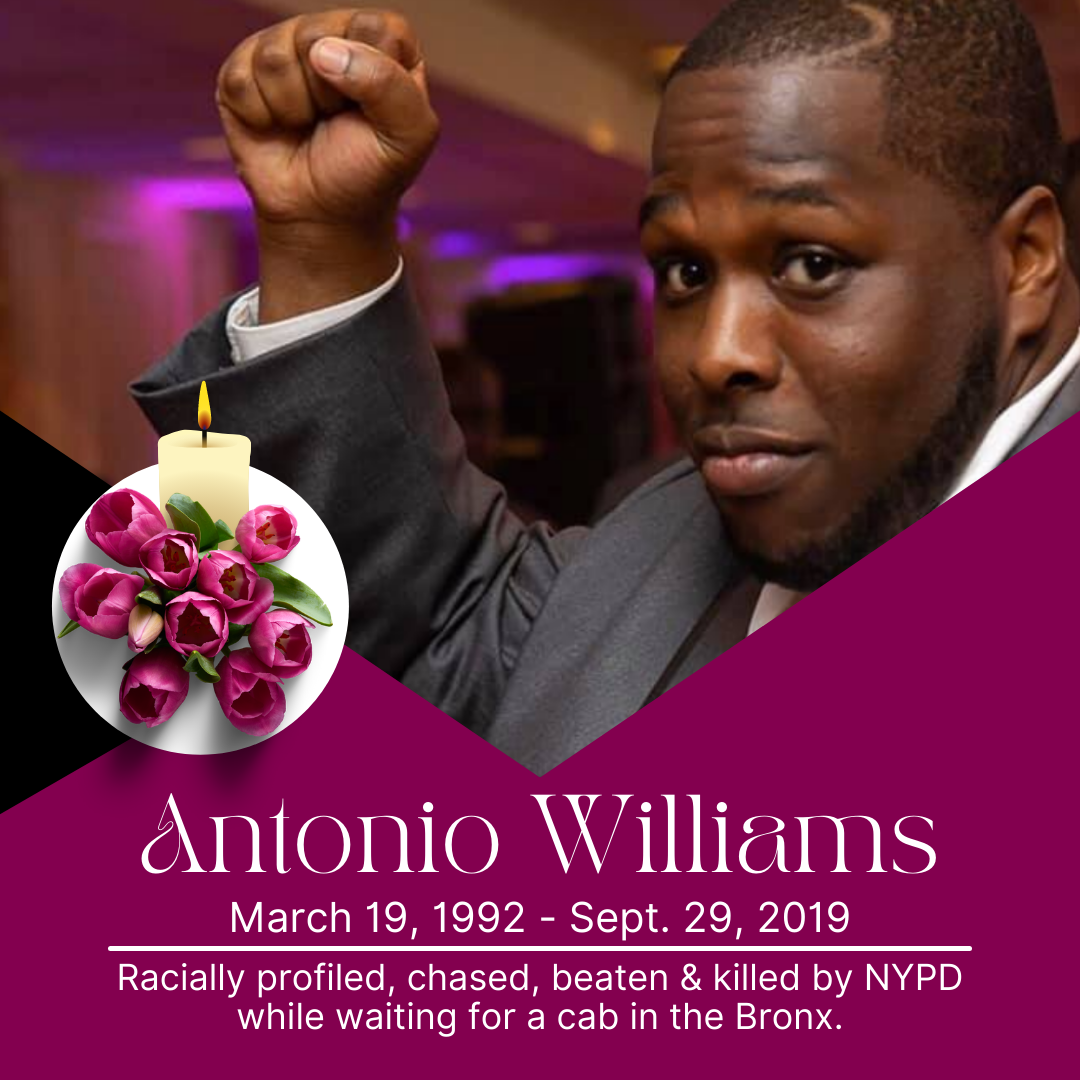