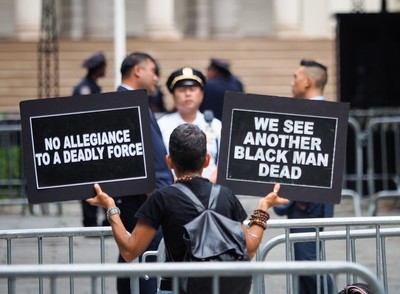 ALBANY — A push to repeal a law shielding police officers from public scrutiny is gaining traction in the state capital.

A group of lawmakers and activists, including the mother of Sean Bell, rallied Tuesday for the full repeal of section 50-a of the state’s civil rights law, which prevents the release of disciplinary records of uniformed officers throughout the state.

“My son, Sean Bell, was killed by the NYPD in a hail of 50 bullets on his wedding night, yet none of the officers involved were ever held accountable,” said Valerie Bell, whose son was killed by NYPD officers in 2006. “Since then, I have dedicated myself to fighting for systemic change so that future families have a stronger chance at justice than my family did.”

In February, a panel of two former prosecutors and a former judge tasked with reviewing the department’s disciplinary procedures said the state should amend the 50-a law to provide more openness — and that the NYPD should not interpret the existing law so narrowly.

State Sen. Jamaal Bailey (D-Bronx) said more transparency could lead to better relations between the NYPD and the communities the department serves.

“Our law enforcement officials are tasked with a difficult job in ensuring the safety for all New Yorkers. Unfortunately, due to a lack of transparency, there continues to be a divide between members of the community and law enforcement, resulting in an often tenuous relationship,” he said.

The repeal push is part of a package lawmakers have dubbed the Safer New York Act, a package of bills designed to increase police transparency and accountability.

“The Safer New York Act is a critical package of legislation that will improve police accountability and transparency in New York state. While we have seen significant efforts from the New York State Legislature to address criminal justice issues, it’s necessary to reiterate that police reform cannot be forgotten in the conversation," said Monifa Bandele, spokesperson for Communities United for Police Reform and MomsRising.

Assembly Member Danny O’Donnell (Upper West Side) said he expects the bills to be discussed in the coming week as Democrats in the Senate and Assembly build on the criminal justice reforms passed in this year’s state budget.

“Transparency is one of the cornerstones of government and public service that is truly there for the people, and that’s why Section 50-a needs to be repealed immediately. I’m proud to have sponsored the bill to repeal 50-a, and to support the other reforms in the Safer NY Act," he said.