After Delay, City Council to Take Up Police Reform Bills 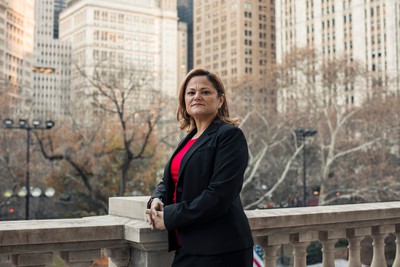 A pair of police reform measures vigorously opposed by New York City’s largest officers union is moving toward passage in the City Council, a last-ditch effort by its departing speaker, Melissa Mark-Viverito, who has staked her legacy on criminal justice reform.

After years of debate, false starts and back-room negotiations, the legislation, referred to in police reform circles as the Right to Know Act, is now set to be voted on during the Council’s final full meeting next week, just before new members and new leaders are sworn in January.

Mayor Bill de Blasio, who has been critical of the legislation, said on Tuesday that he would sign the measures, should they pass the Council. The bills have more than enough sponsors to secure passage, including all eight candidates to succeed Ms. Mark-Viverito as speaker.

For Ms. Mark-Viverito, passing the legislation would provide a capstone to her reform record that includes new laws to create civil penalties for certain infractions, like public urination, and pushing for the closure of the Rikers Island jail complex, a stance that helped pressure Mr. de Blasio to agree to close the facility over the next decade.

“This legislation reflects nearly four years of thoughtful, serious negotiations,” she said in a statement, “and strikes a fair compromise between enhancing community relations and making sure N.Y.P.D. officers are able to effectively do their jobs and keep New York City safe.”

Despite her support, Ms. Mark-Viverito has refused to use her influence to bring the bills to a vote. Last year, she told Council members that she would not allow a vote because the measures called for in the bills were being implemented by the Police Department via its own internal policy, a position that angered some on the Council.

Mr. de Blasio reiterated that point on Tuesday, saying that even though the purposes of the bills had been achieved, there was “a yearning” in the Council to codify those changes into law. “These bills are fair,” he said.

Council officials could not say how well the voluntary changes at the Police Department had been rolled out, though they said they had not heard of any problems.

Broadly, the Right to Know Act would require officers to provide more information to members of the public they interact with. The effort to regulate those encounters grew out of outcry over the Police Department’s aggressive use of stop-question-and-frisk encounters during the Bloomberg administration.

But the use of those tactics has since plummeted, and such encounters are becoming strikingly rare.

One of the two measures, sponsored by Councilman Antonio Reynoso of Brooklyn, would require officers who seek to search a person or a home, and would not be able to without that person’s consent, to inform that person of his or her right to refuse such a search. The officer would have to document any consent to a search, either through a body camera or by writing, or both.

The Police Department is required to develop language for informing people of this right.

The other measure, sponsored by Councilman Ritchie Torres of the Bronx, would have officers identify themselves by name, rank and command — and provide a business card — after encounters that amount to a traditional police stop, based on reasonable suspicion of a crime, or while questioning members of the public during an investigation. The officer would also have to explain the reason for the encounter.

An earlier version of the bill would have included traffic stops and encounters with the public where the officer is less certain of criminality, but has some reason beyond a whim for questioning, a so-called Level 1 encounter.

There are many exceptions, including when circumstances require immediate action by an officer, security searches to enter buildings or when an officer is undercover.

Patrick J. Lynch, the head of the Patrolman’s Benevolent Association, said the bills were part of a “continuous piling on of new burdens and second-guessing for our police officers,” and he pointedly noted they were moving forward in the wake of the city’s second terrorist attack in two months.

Perhaps unexpectedly, another group was not happy with Tuesday’s news: ardent police reform advocates. They objected to the compromise reached by Mr. Torres, even as they hailed the measures sponsored by Mr. Reynoso.

“This N.Y.P.D. bill being advanced by Torres is neither the Right to Know Act nor a compromise, but political back-room dealing and a surrender of legislative independence to the N.Y.P.D. and the mayor,” Monifa Bandele, a spokeswoman for Communities United for Police Reform, said in a statement.

Mr. Torres said that he had spent years in negotiations, gradually moving the Police Department from outright opposition to where the final bill ended up. He cited one example governing the questioning of suspects who have not been formally detained; in those cases, the suspects remain free to walk away, and under the legislation could get the officer’s business card before leaving.

“We went as far as we could,” he said. “There are some advocates who are destined to be disappointed with anything short of abolishing the Police Department.”