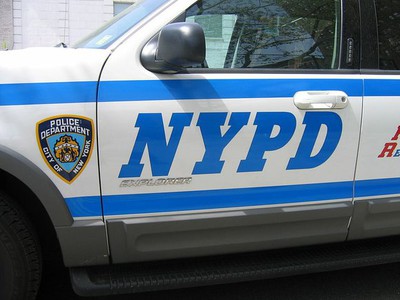 The new semiannual report from the Civilian Complaint Review Board revealed that the New York Police Department is ignoring their recommendations and refusing to provide names and badge numbers to citizens.

The report (chronicling Jan. to June 2017) showed that New York City Police Commissioner James O’Neill either imposed less discipline than recommended by the board or no discipline at all in more than half of its substantiated cases. And many of the complaints made to the CCRB are be are titled toward Black New Yorkers. Blacks make up 25.5 percent of the city’s population, but 51 percent of complainants to the CCRB were Black. Fifty-five percent of complaints came from encounters in which there were no arrests or summonses issued, which is up from 49 percent during the same period last year.

The CCRB report also tracked the types of allegations in the complaints received, dividing them up into Force, Abuse of Authority, Discourtesy or Offensive Language.

“In the Force category, the designation of Physical Force remains the most common allegation,” read part of the report. “This refers to an officer’s use of bodily force such as punching, shoving, kicking or pushing. In the first half of 2017, physical force‖ accounted for 72 percent of all the Force category allegations.”

This report, according to Communities United for Police Reform representative Carolyn Martinez-Class, showed the continued abuse of power by the NYPD.

“This CCRB semiannual report is a clear indication of the NYPD’s continued systemic failures to hold officers accountable when they abuse or brutalize civilians and the persisting racial differences in how New Yorkers are policed,” said Martinez-Class in a statement. “If the de Blasio administration and NYPD were as focused on the substance of holding officers accountable and ending severe racial disparities as they are on public relations efforts trying to convince New Yorkers of a new day in policing, our city might be in a different, more just place.”

In a letter written in November, pro-police reform organizations and the family members of victims of police violence urged New York City Council members Antonio Reynoso and Ritchie Torres to pass the Right to Know legislation before the Nov. 16 Council Stated Meeting (no action was taken in November).

“The most effective action the City Council can take to change many of the most frequent problematic police interactions New Yorkers have with NYPD officers,” read the letter. “They are practical solutions to the habitual police abuses experienced by communities most impacted by police misconduct. Our communities have been left without its protections for far too long, and it is time that you take action to make these bills law.”

The Right to Know bills (Intro 182 and Intro 541 sponsored by Torres and Reynoso, respectively) mandate that police officers let citizens know of their right to refuse consent to searches in cases where it is required and provide audio or written proof once an individual does consent to one. New York City Mayor Bill de Blasio opposes this bill and soon-to-be term-limited out New York City Council Speaker Melissa Mark-Viverito made a deal with the NYPD to implement provisions of the bill without a council vote.

The majority of the City Council supports the legislation.

According to the CCRB’s report, there was a 22 percent increase (537) in complaints against officers for refusing to provide names or badge numbers when compared with the same period in 2016 (439). Nine percent of investigated complaints were closed because the officer couldn’t be identified.

Class said that this report is further proof that Reynoso and Torres’ legislation needs to be signed into law.

“The fact that complaints about officers refusing to provide their name or badge number have increased only further demonstrates the pressing need for Council members Antonio Reynoso and Ritchie Torres to immediately pass the Right to Know Act before this legislative session ends,” stated Class. “Our communities, long impacted by abusive and discriminatory policing, need more than ‘neighborhood policing’ and rhetoric. They need this department and its officers to be held accountable to our communities and an end to the continuing police abuses and racially discriminatory policing.”