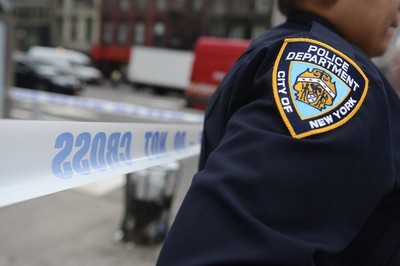 A coalition of 88 police reform groups are making a hard push to scrap a decades-old state law that keeps officer discipline records secret.

The groups — many of them working under the banner of Communities United for Police Reform — will send a letter Tuesday to the state legislature calling for a series of police reforms, including the repeal of 50-a — a 1976 statute that limits public access to police and firefighters' disciplinary records.

New York “is arguably the least transparent in the nation when it comes to information about police misconduct,” the letter reads. “50-a prevents public disclosure of ‘personnel records.’ and is used statewide to shield abusive officers and hide the failure of police departments to hold officers accountable for egregious actions, including police brutality, sexual misconduct, lying in official capacities, and other abuse.”

In a Daily News op-ed Thursday, NYPD Commissioner James O’Neill called for the state to reform 50-a to “make public an officer’s name, charges, documents and outcomes after the completion of a process.” O’Neill also wrote that body camera footage should not be shielded by the law.

But O’Neill stopped short of calling for the law’s repeal, though, saying that any reform must take into account officer safety, and protect records until after disciplinary proceedings are completed.

Communities United for Police Reform says O’Neill’s proposal doesn’t go far enough. “A reformed 50-a that merely tinkers around the edges of the current law would still be ripe for exploitation,” the group wrote in a rebuttal to the commissioner’s op-ed.

The police reform group plans to stand alongside victims of officer-involved killings at noon Tuesday at the state capitol building in Albany. They hope their ideas have a good chance of becoming law now that Democrats control both houses of the Legislature.

The Daily News highlighted the secrecy of the NYPD disciplinary process in a series of articles last March.

The state’s highest court in December sided with the city’s police unions and upheld 50-a, blocking a lower court’s ruling that the NYPD must release redacted disciplinary documents.

The unions have said they plan to challenge any change to the law in court, contending that 50-a defends the privacy and safety of cops.