The Police Statistics and Transparency Act

Criminal justice reform has been on the table in Albany for the past year, but a big obstacle for lawmakers is disagreement over what should be done to ease tensions between police and the communities they serve. Part of the problem is information. We currently do not have an organized collection of data about policing in the state, but my next guest has a bill that would change that. The Police Statistics and Transparency Act would require the collection of data about interactions between police and the public. This would include everything from the number of police-related deaths to where the most arrests have taken place. And it would all be made public. State Senator Daniel Squadron and Mark Griffith from the Brooklyn Movement Center join us to discuss. 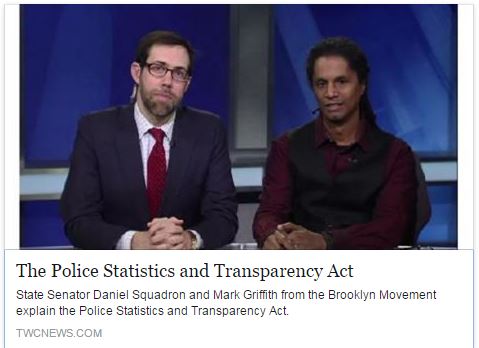