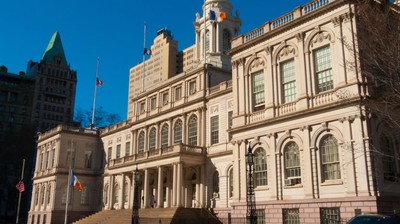 A deal between the NYPD and City Council would impose the council’s first day-to-day restrictions on how cops deal with the public.

Under legislation to be voted upon on Tuesday, an officer in certain nonemergency encounters would need to provide name, rank and command, explain the reason for the stop and hand out business cards when no one is arrested or issued a summons. Cops also would need to record explicit consent, either on audio or in writing, before searching a person absent a legal basis.

The deal to pass the Right to Know Act comes after the legislation languished for nearly four years in the council despite veto-proof support in the 51-member chamber.

Council Speaker Melissa Mark-Viverito, an ally of fellow Democrat Mayor Bill de Blasio, had refused to allow the legislation to come up for a vote. That opposition went away yesterday, when both came out in support. No bill has ever been rejected under Mark-Viverito once coming to a vote.

To the dismay of police-accountability activists who lobbied for the legislation for years, officers still won’t need to identify themselves or distribute business cards during certain less-contentious encounters and during traffic stops.

While praising the search bill advanced by Councilman Antonio Reynoso (D-Brooklyn), Monifa Bandele of Communities United for Police Reform urged a vote against the identity bill by Councilman Ritchie Torres (D-Bronx). She said that deal included “massive loopholes that gut protections for the majority of policing encounters.”

Torres, who had long promised to force the old bill through via a parliamentary maneuver, said the deal averted a legal challenge by the NYPD that could forestall its implementation for years if not doom it.

“It’s better to have a substantive compromise, with the buy-in of the agency that is charged with implementing the law,” Torres said in an interview.

In a written statement, the main police labor union, the Patrolmen’s Benevolent Association, also criticized the legislation, saying it “would discourage police officers from proactively addressing the threats of crime and terrorism.”

De Blasio, who had for years opposed past versions, said Tuesday that he would sign the legislation into law.