Right to Know Is Now the Law. Here’s What That Means.

Police officers in New York City must provide more information to members of the public they interact with, and get consent for many searches.
Ashley Southall
New York Times
View the original piece 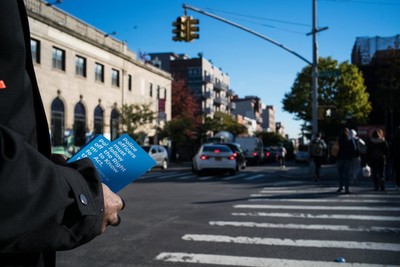 The law, which took effect Friday, also spells out what officers must do before searching individuals, their belongings or their homes in cases where the person is not suspected of a crime or there is probable cause to conduct a search.

The Right to Know Act was passed by the City Council in 2017 in response to the Police Department’s aggressive use of stop-and-frisk tactics. A federal judge had ruled in 2013 that the practice was unconstitutional and unfairly discriminated against blacks and Latinos.

The police have drastically scaled back such stops on New York streets, but proponents of the law say it will further shield civilians from harassment. Police officials say the department will fully implement the measures, though the city’s largest police union maintains that the measures are an unnecessary burden.

Here’s what New Yorkers should know about the rules:

When do police officers need consent to conduct a search?

Say an officer has a hunch that a man on the street has a concealed weapon, such as a knife or gun. The officer can ask who he is and where he is going, without having to provide any reason for the questioning.

But if the officer asks if the man has a weapon, or conducts a frisk, he must have an objective reason to believe that the man has committed, is committing or is about to commit a crime. For example, a radio call could have described a man wearing the same clothing.

If there is no objective reason, the officer must tell the man why he is questioning him and get his consent to conduct a pat-down.

How does the law affect searches in which people give consent?

To perform a search without a legal justification, police officers in the United States must gain consent that is voluntary, knowing and intelligent, and not coerced.

But there is no consensus about what officers should say. City Councilman Antonio Reynoso, the lead sponsor of the consent component of the Right to Know law, said that ambiguity leads to confusion among civilians about their rights during police stops.

The Right to Know law seeks to make certain that officers ask explicitly for consent for searches that require it. Crucially, the police must tell people that they can refuse a search, and that a search cannot happen without their permission. Officers must affirm that people understand what is happening.

Police officers have to record a person giving or refusing consent on body cameras if they wear them, and by hand if they do not. (All uniformed patrol officers will be required to wear body cameras by the end of the year.) Officers also must provide interpretation if a person speaks limited English.

The consent requirements do not apply to searches conducted with a warrant or under other exceptions to the Fourth Amendment’s protections against unreasonable searches and seizures. Those include when an officer sees evidence of a crime in plain view and when an emergency requires an officer to take immediate action to save lives.

When will people receive a business card from an officer?

Police officers were already required to give business cards to people who requested them after a stop. Officers must now hand out the cards — which list the officer’s name, rank and command, and the reason for the encounter — whenever they stop or search people they suspect are involved in a criminal activity who are ultimately not arrested or given a summons.

The police do not have to offer the cards during traffic stops, which make up a large portion of their encounters with civilians.

The card rule applies to stops at roadblocks and checkpoints, except for security at special events or locations that might be targets of crime. So, officers conducting bag checks at a subway station entrance do not need to hand out cards to people they stop. But if the police stop subway passengers after they have entered the station and release them, officers must offer the cards.

Officers assigned to cases must also offer business cards to crime victims and witnesses they interview.

What if the police don’t ask me for consent or offer me a card?

If the police do not ask for your consent to be searched, or if you are not sure the circumstances require officers to do so, you can say, “I do not consent to being searched.”

This makes your objection clear, and it could come in handy later for a legal defense. You can also ask, “Am I free to leave?”

Similarly, if you give consent but change your mind, you can withdraw it by saying so.

If you are released from a stop and the police do not have a card to offer you, the law requires officers to write the information down by hand, or give it to you verbally and allow enough time to for you to take it in.

What can I do if I’m unsure whether officers followed the law?

It might help to check records of the encounter. Reports on police stops can be requested online and must be provided within 10 days. They can also be picked up the same day at Police Headquarters.

Requests for body camera video can also be made online, and the police are required to acknowledge requests within five days and provide copies of the footage within 90 days.

If you believe the police did not follow the law, you can file a complaintonline or by phone with the Civilian Complaint Review Board, which investigates accusations of police abuse or misconduct from members of the public.

The coalition of groups who pushed for the Right to Know law, Communities United for Police Reform, also provides assistance to the public.

A version of this article appears in print on

, on Page A21 of the New York edition with the headline: Right to Know Is Now the Law. Here’s What That Means if Police Perform a Search.