Road Rage, Then a Shot. For a Police Officer, It is Called Self-Defense 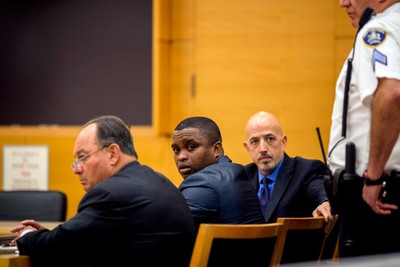 Over the course of two days in early July of last year, three black men, each of them under 40, were killed by police officers in different parts of the country — Alton Sterling in Baton Rouge, La.; Philando Castile, outside of St. Paul, and Delrawn Small, in a case that drew far less national attention, in the Cypress Hills section of Brooklyn.

Video captured aspects of the shootings in all three instances, but in none of them were the harrowing images sufficient to render the sort of justice that activists and so many who mourned the dead had been seeking. In June, federal prosecutors involved in the Sterling investigation announced that there was inadequate evidence to bring civil rights charges against the officers responsible for the killing. Although the millions who watch these videos might regard them as overwhelming confirmation of abuse, again and again the “proof” is determined to be iffy. The Sterling case echoed that of Ramarley Graham, to cite just one example, shot at his home in the Bronx by a white police officer who ultimately faced no federal civil rights charges either (and no trial in state court after an indictment for manslaughter was thrown out because of prosecutorial error).

Over the summer, the police officer who shot Mr. Castile was acquitted of all criminal charges, and this past week, after three days of deliberation, a Brooklyn jury cleared Wayne Isaacs of murder and manslaughter charges in the death of Mr. Small, who had been on his way home from a barbecue with his girlfriend, her teenage daughter and the couple’s new baby when he was killed.

Of all the deaths that have distinguished and propelled the Black Lives Matter movement, perhaps no other offers more powerful illustration of the dangerously broad latitude we give police officers to make claims of self-defense when they gun down civilians. As Mr. Small’s girlfriend, Zaquanna Albert, testified during the trial, Mr. Isaacs, an off-duty police officer in an unmarked car, had twice cut them off as they were traveling down Atlantic Avenue in the far left lane, after a long afternoon and evening of celebrating the July 4 holiday.

Driving with a baby in the car is a fraught enterprise under any circumstance, and Mr. Small was perhaps understandably undone by a maneuver that could have landed his family in an accident. He had a long history as a caretaker. His mother died of AIDS when she was 29, Mr. Small’s sister, Victoria Davis, told me during a break in the trial one afternoon, and he had tried to protect his younger siblings from a horrible foster-care situation. He had two older children with two other women, Sharon Seward and Monique Parker, both of whom remained close to Mr. Small and attended the trial proceedings. Mr. Small had been a longtime father figure to another child of Ms. Parker’s.

During the trial, when images of Mr. Small’s bloodied body were shown in the courtroom, the women in his life began to sob, and the judge ordered a brief recess. A video that had gone into circulation not long after Mr. Small was killed showed him approaching Mr. Isaac’s car from the driver’s side and then almost immediately getting shot and falling to the ground. Mr. Isaacs, who was represented by Stephen C. Worth, a lawyer who has made his name defending police officers who have killed civilians, said that Mr. Small had punched Mr. Isaacs through an open car window, something the video did not indicate.

But even if Mr. Small, who was unarmed, did throw a punch, it is hard to see how that could have possibly warranted grabbing a semiautomatic handgun and shooting him three times. If two men in a bar got into a fight over a Giants game and one punched the other causing him to draw a pistol and shoot his adversary, the shooter would struggle with a self-defense claim — the law in New York requires the use of parallel force. Lethal force can be justified in cases in which there is a reasonable perception of deadly or extremely violent threat — a punch in the jaw would presumably fail to pass the test.

Police officers do face a different standard when it comes to retreating from potentially dangerous situations, but the judge charged the jury to think about Mr. Isaacs as no different from any other driver.

Earlier this year in Oklahoma, which unlike New York has a stand-your-ground law, an appeals court upheld the murder conviction of a man who shot and killed another in a parking lot following an episode of road rage involving a high-speed car chase. Like Mr. Small, the victim got out of his pickup truck and made his way toward the assailant, who shot him from inside the car. In Mr. Isaacs’ case, the prosecutors from the state attorney general’s office argued that instead of shooting at a man he feared — however rationally or irrationally — might kill him, he could have simply rolled up his window and driven away, making a turn off Atlantic Avenue. As Ms. Davis, Mr. Small’s sister, put it when I spoke with her, “Wayne Isaacs had many choices and he chose to kill.”

The jury, mixed demographically both in age and race, saw things differently. Mr. Isaacs himself is black and he was supported in the courtroom by a row of white men in blue and white jackets who were representing the Patrolmen’s Benevolent Association. The complex racial dynamics may have had something to do with the outcome or absolutely nothing to do with it. In any event, the jurors saw Mr. Isaacs not as an ordinary man on the way home from work but as a cop — and they afforded him all the privileges.