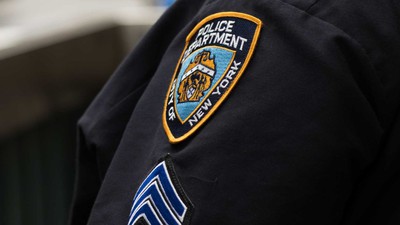 Sponsors of two bills — one forcing NYPD cops in nonemergencies to identify themselves by name and rank, and the other requiring them to tell those they want to search of their constitutional right to deny a voluntary request — vowed Wednesday to pass both by the new year.

Nearly 1,000 supporters of the legislation, which have languished since 2014 but have veto-proof support in the City Council, picketed outside City Hall Wednesday to demand the city enact the bills.

“We deserve the right to know! Abusive cops have got to go!” the demonstrators chanted.

Mayor Bill de Blasio and City Council Speaker Melissa Mark-Viverito, both Democrats, oppose the bills. Mark-Viverito, who controls the flow of legislation, has refused to allow a vote on the measures.

Last summer, the speaker announced in a closed-door meeting that the council leadership would not allow a vote, but had reached a deal with the NYPD: Cops would be required to give out business cards when asked, and officers hoping to search a person without a legal basis would need to seek a yes-or-no reply and walk away if the answer is no.

De Blasio spokesman Austin Finan said those changes, which are in effect now, mirror much of legislation and “have helped bring greater transparency to the way our city is policed and strengthened the essential relationship between police and community.”

Mandela Jones, a spokesman for Communities United for Police Reform, noted the administrative changes lack the force of law and are sometimes disregarded by the NYPD. Unlike the bills, collectively called the Right to Know Act, police aren’t required to proactively identify themselves, explain the reasons for a stop, inform those they want to search of the constitutional right to refuse, or document consent.

The reform group received $10,000 to fight for the act from former San Francisco 49er quarterback Colin Kaepernick, whose refusal to stand for the national anthem as a protest of racial injustice led to a controversy that has dogged the NFL since the start of the season.

“What’s the big deal? What do they have to hide? Identify yourself whenever you can!” said Donna Lieberman, executive director of the New York Civil Liberties Union. “What’s wrong with telling people what their rights are?”

Councilman Antonio Reynoso (D-Brooklyn), one of the act’s prime sponsors, said supporters are negotiating with the NYPD on the bill, because “we want the NYPD to embrace this. We want the NYPD to be partners in applying this.”

He declined to elaborate on the discussions, and the NYPD did not return a message seeking comment.

The sponsors have threatened a parliamentary maneuver to force a vote over Mark-Viverito’s objection.