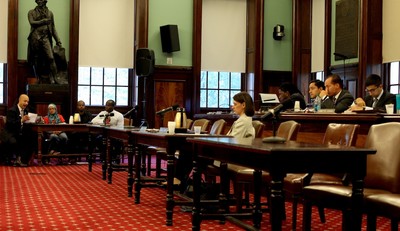 On October 10, New Yorkers from across the city testified before members of the City Council at a legislative hearing on the four bills (Intros 799, 800, 801 and 881) comprising the Community Safety Act. Over 30 CPR members, supporters and partners gave testimony and answered questions from council members on the need for reform and oversight of the NYPD. Those testifying included New Yorkers directly affected by NYPD abuse and discrimination, labor leaders, public policy experts, academics, community organizers, civil rights advocates, legal providers, and Muslim and LGBT community leaders. While approximately 200 concerned New Yorkers representing a diverse range of communities attended the hearings, there were no one present from the NYPD, and the Bloomberg Administration sent only one representative to testify. 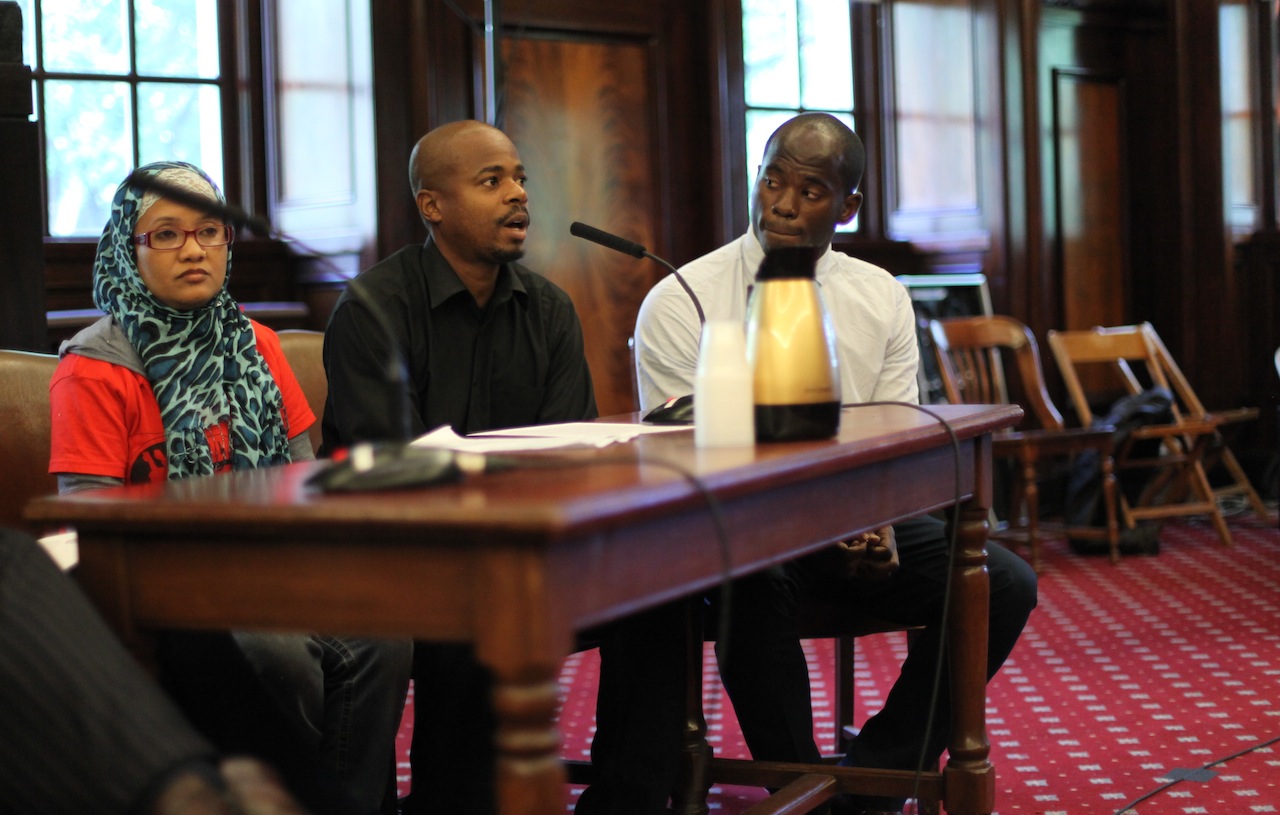 "For young people in my neighborhood, getting stopped and frisked is a rite of passage. We expect the police to jump us at any moment. We know the rules: don’t run and don’t try to explain, because speaking up for yourself might get you arrested or worse. And we all feel the same way — degraded, harassed, violated and criminalized because we’re black or Latino," testified Nicholas Peart of Brotherhood Sister/Sol. 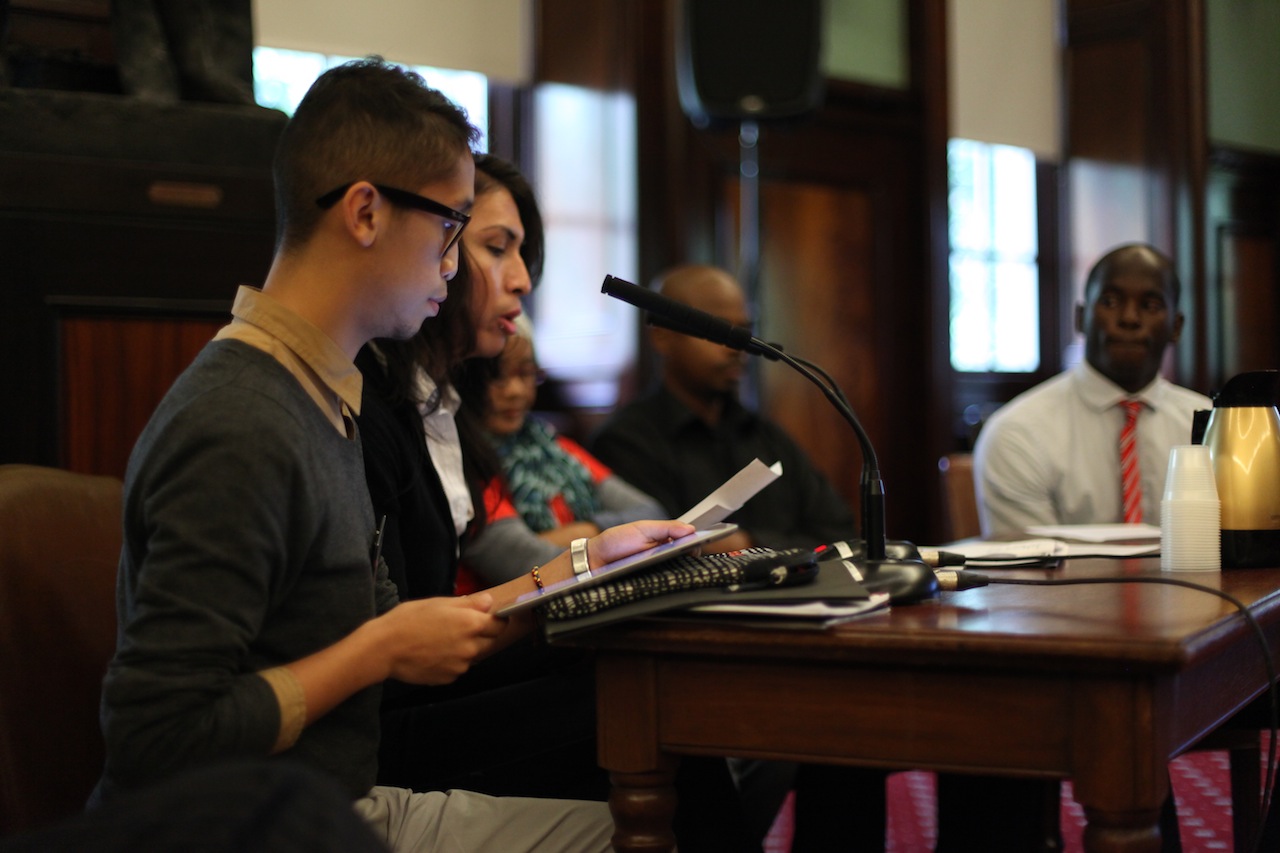 Bianey Garcia, a transgender Latina woman from Jackson Heights, Queens added: "Stop and frisk is an unjust practice and really affects the people of my community. Many times they detain us only for the manner in which we are walking, or for the way in which we express our gender identity. Frequently also we are falsely profiled and accused of engaging in sex work, because the police search through our bags without our consent, and if they find condoms, they use them as evidence of prostitution. It's because of this that we need to pass the Community Safety Act and all the provisions found in it."

Steve Kohut, Organzier with the Justice Committee described his experiences of police abuse: "...I've been victimized by the NYPD more times than I can remember. I've had my head slammed against a car, I've been choked, I've had property taken out of my pockets and not returned. I've had my property intentionally broken without reimbursement, I've even had my life threatened by the NYPD....The Community Safety Act is something that is long overdue in communities like mine."

"It is hard enough for anyone to deal with life's challenges being a homeless person in New York City. But to have the very same people that are supposed to protect me harassing me because I'm homeless is just ridiculous. In all, these encounters have made my life much more difficult to bear. I support the Community Safety Act because I believe that these reforms will prevent similar experiences from happening again to myself and others," said Raul Rodriguez of Picture the Homeless.

Linda Sarsour, Director of the Arab American Association of New York stated, "It is these same NYPD that have been authorizing the surveillance of our entire community, not based on evidence or probable cause, but based on ethnicity and religion....We owe to New Yorkers to do the right thing and pass the Community Safety Act."

Ejeris Dixon, of the New York City Gay and Lesbian Anti-Violence Project explained that 62% of survivors of violence reported hostility after reporting their experiences to the police and that "AVP joined Communities United for Police Reform because we knew that the Community Safety Act could dramatically increase safety for LGBTQH survivors of violence...It is AVP's opinion that the Community Safety Act will significantly reduce the violence that LGBTQH people experience at the hands of the police and increase options for survivors of all forms of violence." 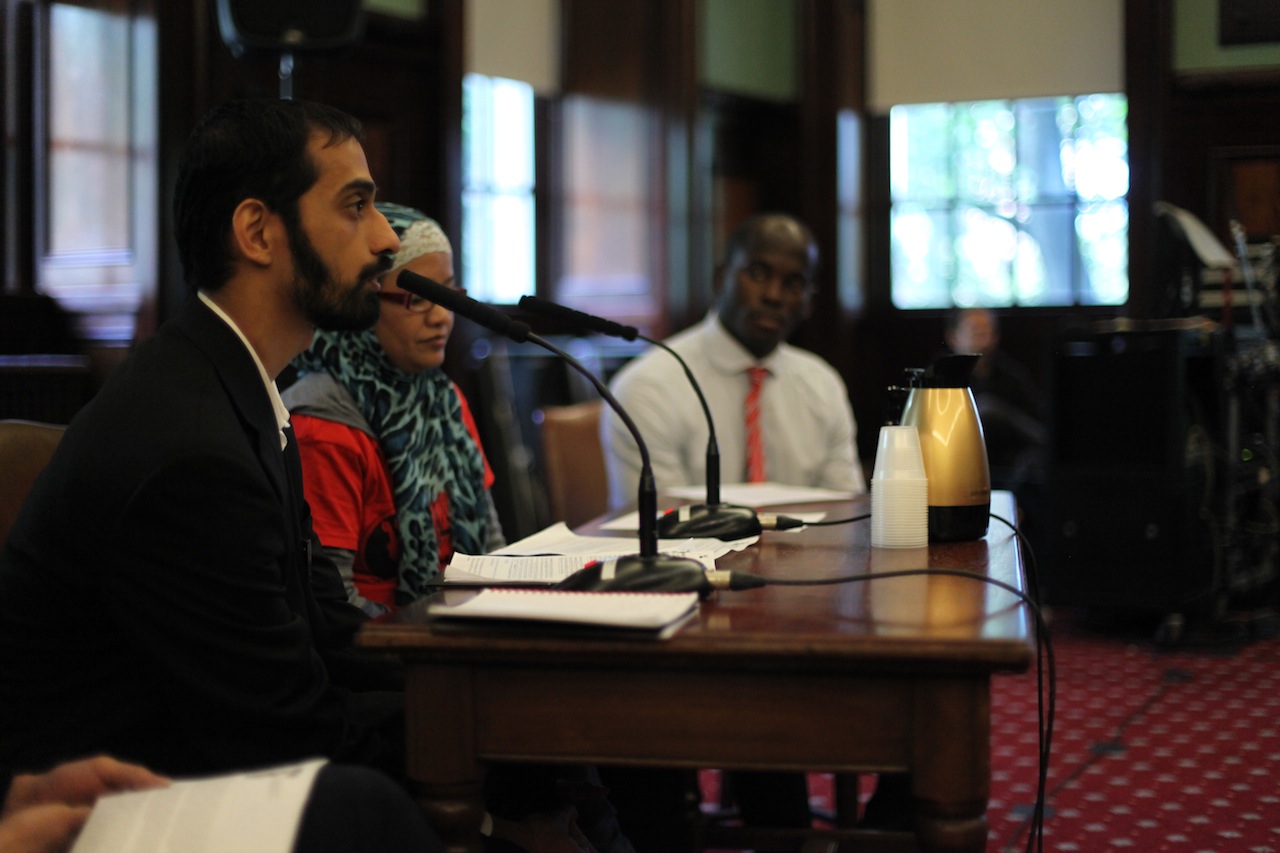 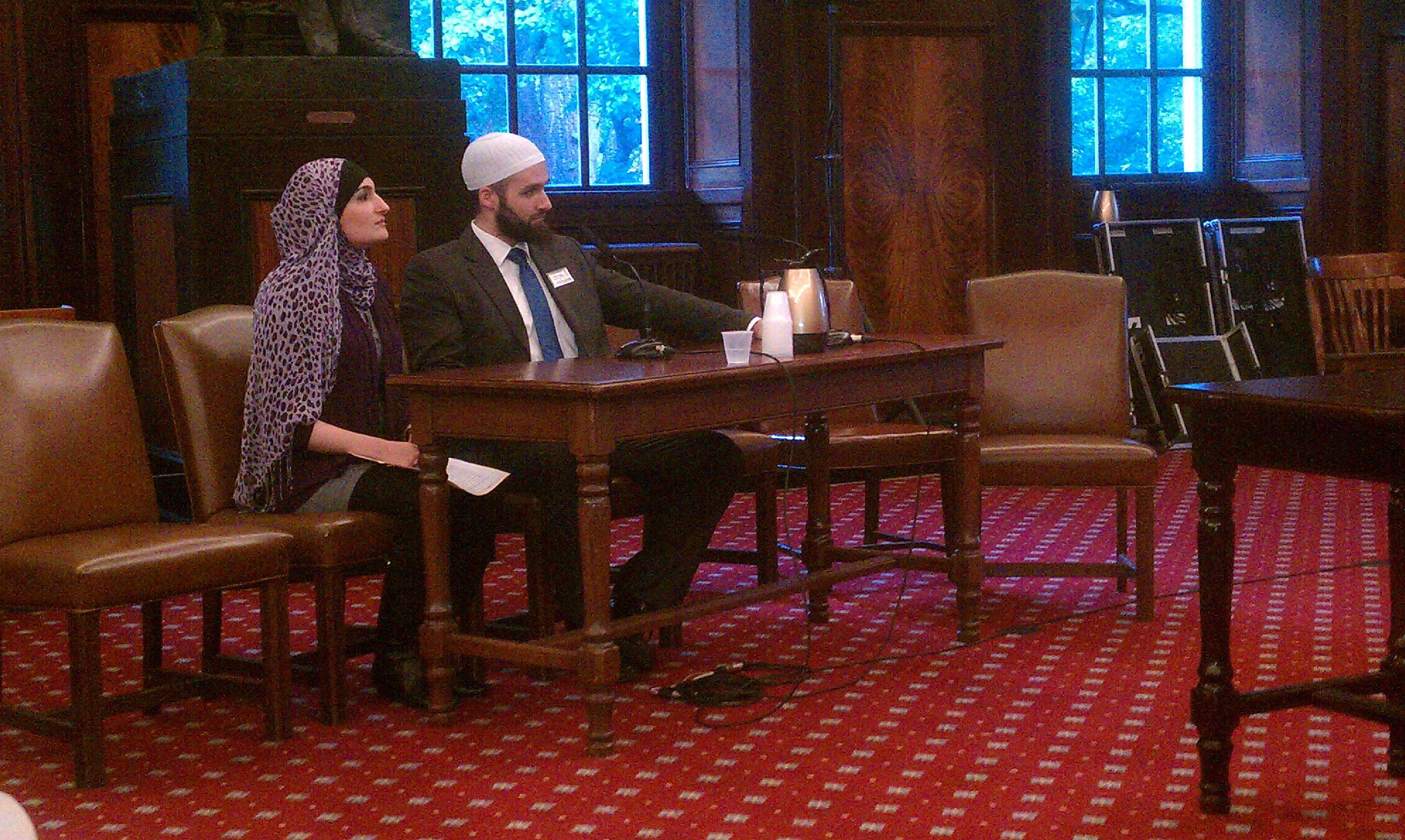 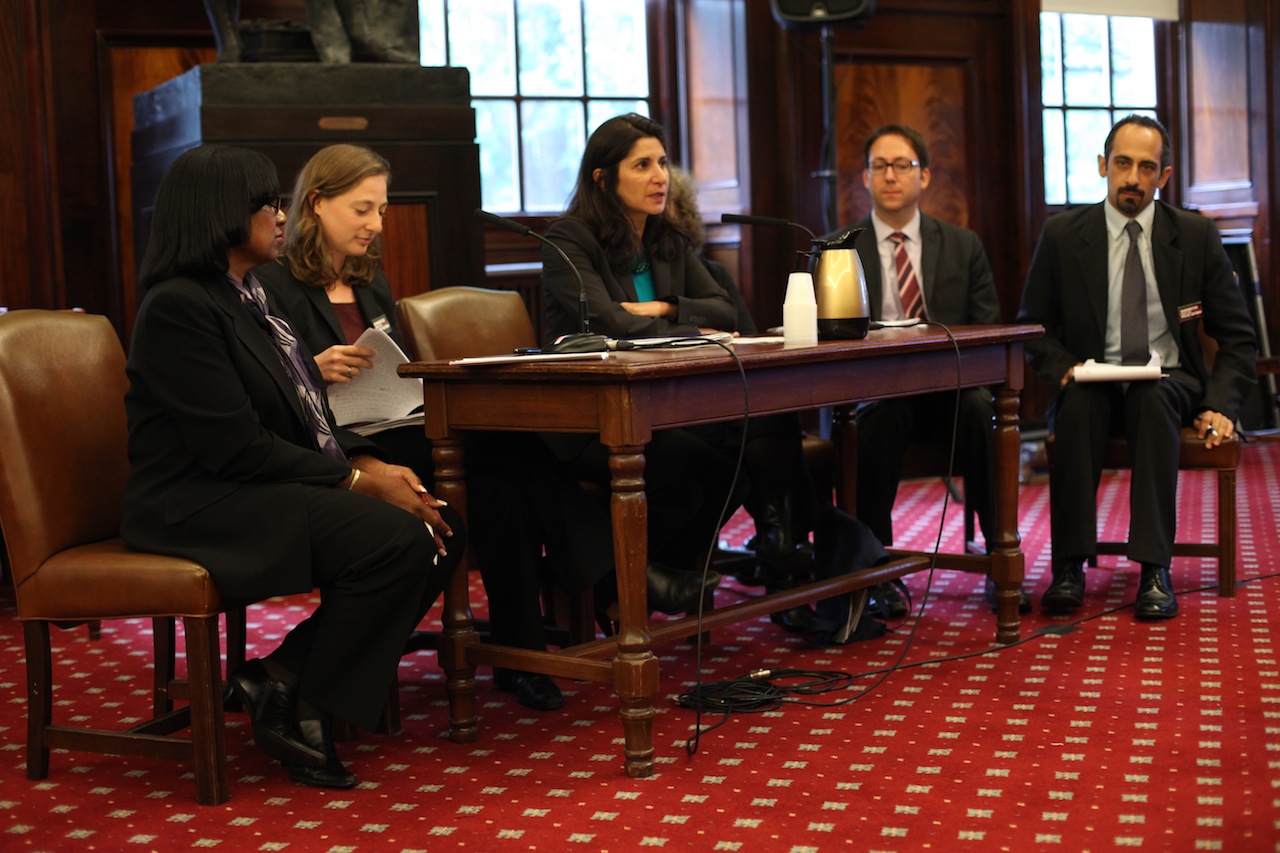 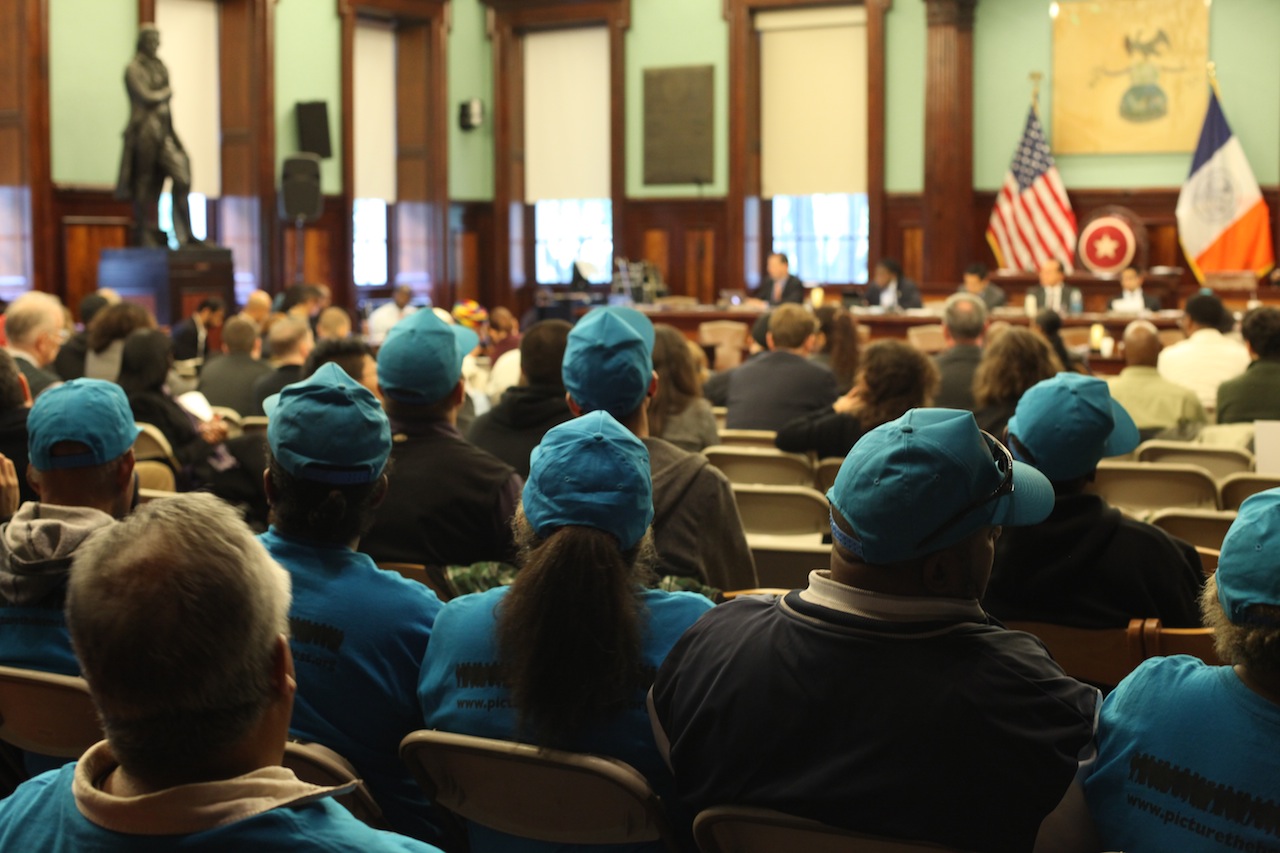