Protect Yourself & Your Community: Watch the Cops

This week, we learned of the tragic and unjust police killing of Walter Scott, an unarmed 50-year-old Black man in North Charleston, SC.  The incident has gained national attention, and the police officer who killed Walter Scott has been fired and charged with murder, in large part because a bystander pulled out their cell phone and started filming.

Today, there is a growing #CopWatch movement of individuals and groups who are exercising their right to observe and document police activity.

As the public outcry against police violence and demands for local and national action to end discriminatory and abusive policing continue to gain momentum, an increasing number of people are participating in #CopWatch.

Since video footage of the police killing of Eric Garner was captured on a Staten Island sidewalk last summer, dozens of cases of police brutality have been captured on film and publicized in the media.

Just last week, a plainclothes NYPD officer was caught on film unleashing a xenophobic rant on an Uber taxi driver. The officer in the film, Det. Patrick Cherry, was part of NYPD's elite Joint Terrorism Task Force. Following release of the video and an internal investigation, he has been stripped of his gun and badge and reassigned.

Cop Watch has a long-standing history in New York as a practice to keep communities safe, deter police violence and help hold police accountable.  It is a core part of the Communities United for Police Reform campaign.

There are many ways you can get involved with Cop Watch in NYC. To learn more, contact CPR members  Malcolm X Grassroots Movement, Justice Committee, or People's Justice.

Malcolm X Grassroots Movement and the Justice Committee (along with CAAAV - Organizing Asian Communities) lead the CopWatch Alliance that is coordinated by People's Justice.  The CopWatch Alliance trains and supports local teams and individuals who are interested in learning more about how to Cop Watch.

Exposing incidents of police violence and abuse is one way we work to hold the police accountable. It is a piece of a broader movement for justice.

We continue to educate our communities about their rights, strengthen community infrastructure to hold the NYPD accountable, and demand changes by government to systemically #changetheNYPD so that discriminatory and abusive policing polices ends and true safety is achieved for all New Yorkers. 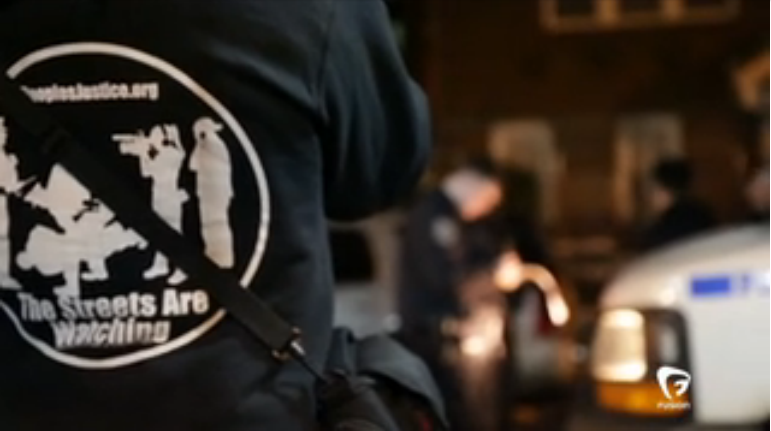 FUSION TV: Takes an inside look at the growing CopWatch movement, featuring on-the-scene interviews with the Justice Committee. 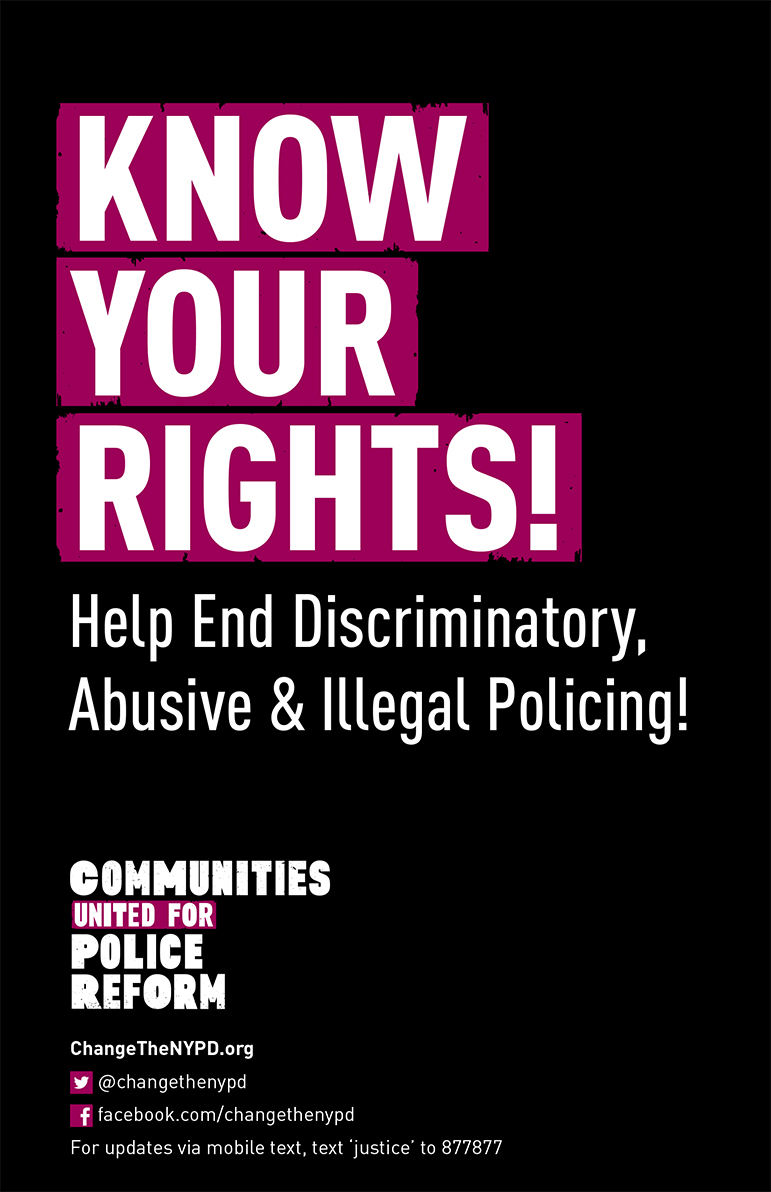 The first step in protecting your rights, is knowing what they are. Learn your rights during police encounters.
Download CPR's Know Your Rights brochure.