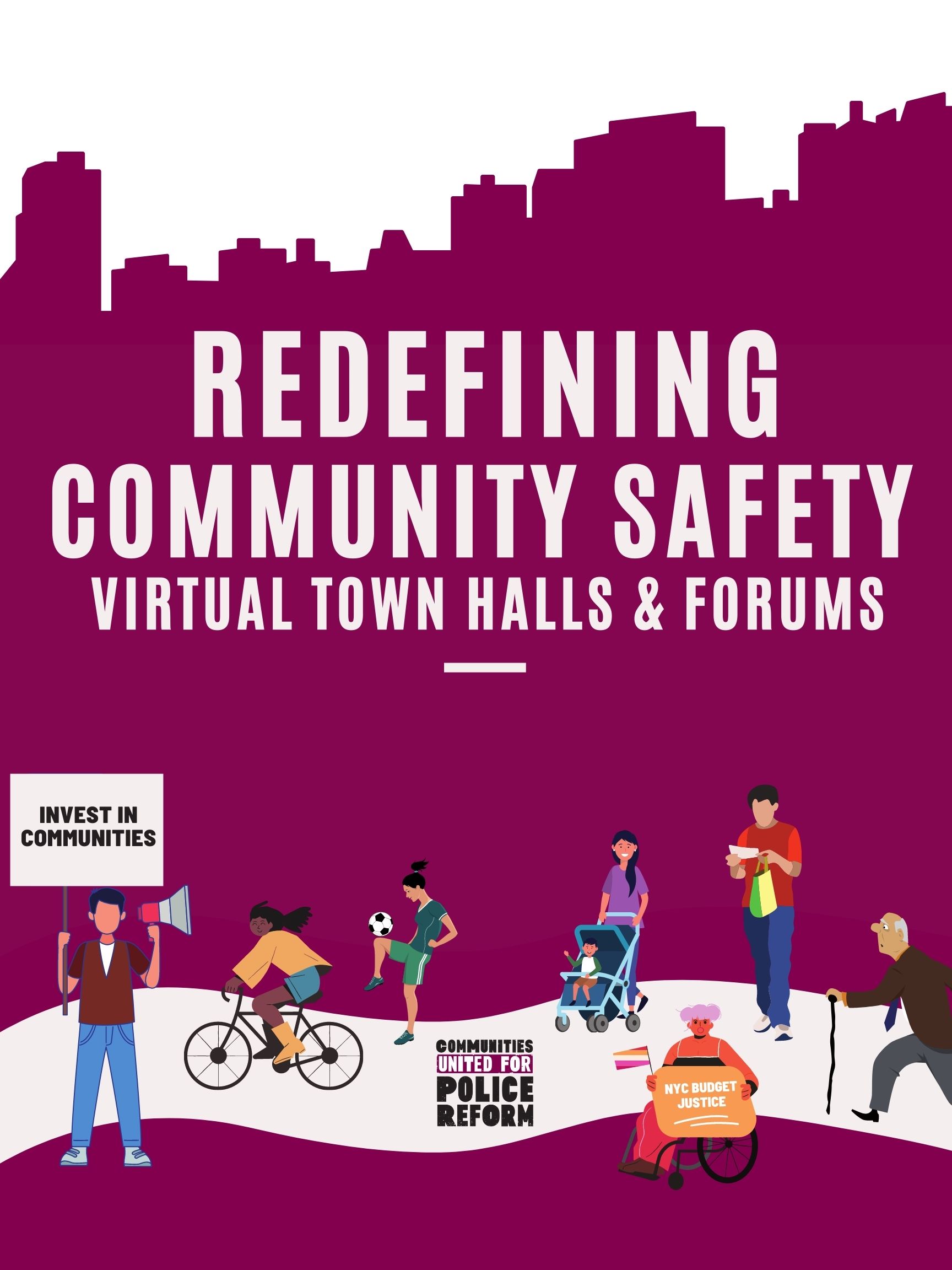 Communities United for Police Reform (CPR) members and partners are hosting a series of virtual town halls and other events called “Redefining Community Safety,” in order to engage the public and the communities most harmed by the NYPD and create a real plan for change in New York City.

The City’s plan is due on April 1st and in early January, the NYPD and the Mayor’s office both refused to provide any details of the plan’s substance during a City Council hearing on the subject.

We know what this means: The City is not preparing to create a plan that actually makes our communities safer but is instead concocting a plan behind closed doors that only serves the NYPD and City officials. So, we’ll make a plan of our own.

The Redefining Community Safety Town Halls will be hosted by CPR members and partners in communities representing all five boroughs. You can find links to upcoming events below and we encourage you to participate to make your voice heard in how we can redefine community safety so that the needs of all New Yorkers are addressed, without assuming that policing is the answer to all concerns.

After the town halls, CPR will incorporate findings from the Redefining Community Safety series into a report to present to the public and the New York City Council.

The virtual forums and town halls listed below are all open to the public.

List in formation, please check back for updates to the schedule and registration information.

Mayor de Blasio, in responding to the executive order has allowed the NYPD to lead the City’s process of public engagement that will result in NYC’s plan. The NYPD attempted to create an illusion of community engagement—a requirement of the executive order—by holding virtual events, but these events served as NYPD propaganda sessions and specifically excluded many of the organizations with the most significant and long-standing experience fighting police violence. The Mayor’s office convened a committee of stakeholders for one meeting in the fall of 2019 to lead a broader community engagement and plan drafting process, but ended that committee without notice, after concerns about NYPD control were raised in the first meeting.