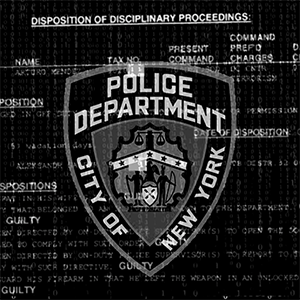 In response to a September 30th deadline for public input to draft NYPD disciplinary guidelines released in August, families of New Yorkers killed by NYPD and close to 70 organizations joined Communities United for Police Reform (CPR) in a letter to Mayor Bill de Blasio, Speaker Corey Johnson and NYPD Commissioner Dermot Shea collectively rejecting the guidelines as “illegitimate and dangerous.”

You can read the letter here.

The letter states: “NYPD officers who engage in police violence, refuse to intervene or report when they witness other officers engage in misconduct, don’t follow the law, or engage in other abusive misconduct – should be fired. It’s that simple.”

In June, the New York City Council passed a law requiring the NYPD to publish a “discipline matrix” – a publicly available framework for disciplinary penalties and factors the NYPD considers for different types of police misconduct and rule-breaking.

“While it’s positive that this transparency is now being mandated by law, the substance of the NYPD’s draft guidelines is an insult to New Yorkers,” said Carolyn Martinez-Class, spokesperson for Communities United for Police Reform (CPR). “For months, there have been constant viral videos and other accounts of NYPD violence – including discriminatory and violent social distancing and mask enforcement, brutal police violence at protests, abuse of authority towards New Yorkers, and more, building on years of incidents of New Yorkers being unjustly killed, brutalized, stopped and subjected to gender-based violence by NYPD officers. The NYPD’s draft discipline matrix excludes major categories of misconduct, obscures police violence, and incentivizes cover-ups and retaliation against those who report abusive conduct. It creates a roadmap of complex justifications so that officers can keep their jobs, even when they’ve engaged in abuse.”

"The discipline guidelines make clear that Black and Latino lives don't matter to the NYPD," said Hertencia Petersen, aunt of Akai Gurley who was killed by NYPD officers in 2014. “They're using a lot of fancy words to tell us that when police officers brutalize our children, when they throw them against the wall for no reason, when they lie about it and cover it up, or when they sexually harass young girls going to school that the NYPD doesn't plan to fire them. They should be ashamed, but they're used to being able to make their own rules that protect abusive officers.”

“We need lasting change, and the disciplinary matrix does not hold NYPD accountable,” said Kadiatou Diallo, mother of Amadou Diallo who was killed by the NYPD in a hail of 41 bullets in 1999. “My family — and many other families of loved ones who have experienced violence, trauma, and death at the hands of NYPD — deserve dignity, respect, and justice. Officers need to be held to real consequences for their misconduct, and we should not have to fight for decades to demand this.”

“To increase the safety of Black and Latinx New Yorkers and our communities, we need to fire abusive officers, reduce the NYPD’s budget, and reallocate funds to critical community needs,” said Loyda Colon, co-director of the Justice Committee (pronouns: they/them). “A ‘slap’ on the wrist is insulting. We need to set a precedent to break systemic cycles of trauma, violence, and killings caused by police in our communities.”