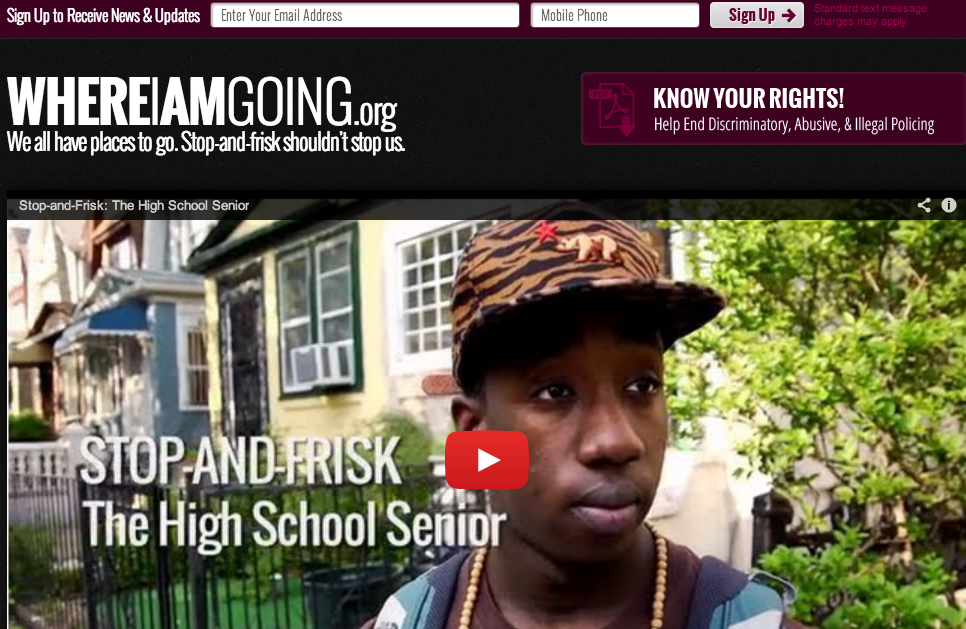 On June 30, 2013, Communities United For Police Reform launched a video series to highlight the negative impact of the NYPD's stop-and-frisk policy. Produced by Firelight Films, the short documentaries tell the stories of ordinary New Yorkers – and how they and their neighborhoods have been impacted by the policy.

The first video, "Stop-and-Frisk: The High School Senior", tells the story of Flatbush, Brooklyn-based recent high school graduate Kasiem, a member of CPR member LatinoJustice PRLDEF's youth program. Since the age of 13, he has been stopped and frisked 7 times. The first time he was stopped and frisked he was on his way to school to pick up a friend, a part of his daily routine. 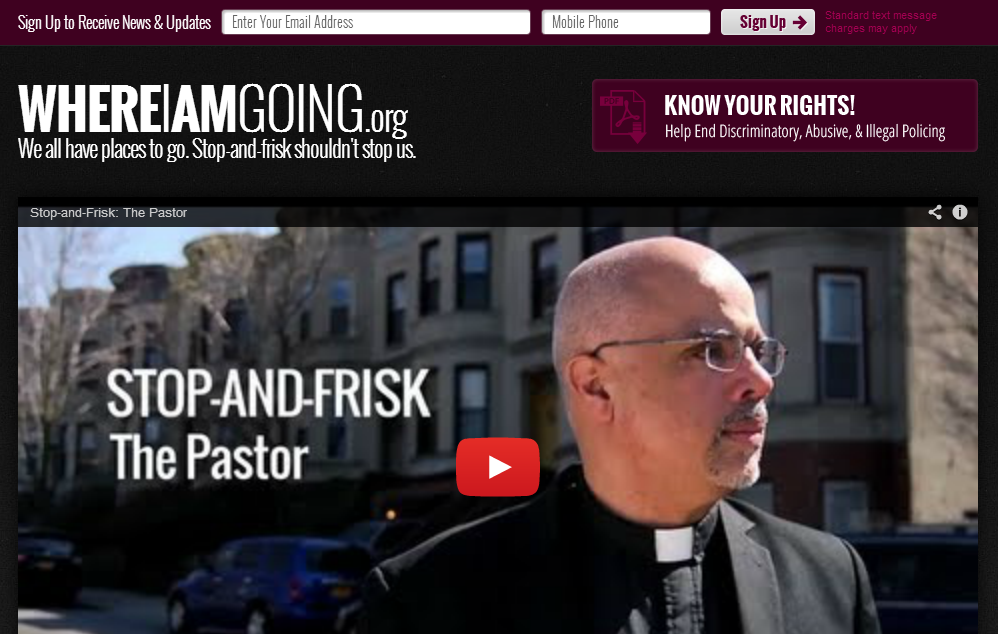 The second video, "Stop-and-Frisk: The Pastor" highlights the experience of Reverend Samuel Cruz of Trinity Lutheran Church in Sunset Park, Brooklyn. Reverend Cruz talks about the spirit damage inflicted on members of his congregation by stop-and-frisk and calls for a change in the way the NYPD polices New York's poor, working class, immigrant and people of color communities.

Watch the full set of Where I Am Going videos below:

Kasiem Walters, a high school senior in Flatbush, Brooklyn, speaks about the countless stop-and-frisk experiences he and his friends have had over the years. From waiting outside a friend's house on the walk to school, to giving high-fives and being mistaken for selling drugs, Kasiem dreams of a time when he and his community can look around and feel like citizens of New York, not criminals.

When Reverend Samuel Cruz of Sunset Park, Brooklyn has to tell his young nephews not to wear hoodies and not to walk a certain way, it is very clear the stop-and-frisk effect on his community is a serious issue. Reverend Cruz describes this effect as a "dehumanization of young people" that damages the spirit and leaves them with a sense of hopelessness.

Police officer Adhyl Polanco grew up with the constant crime and shootings of Washington Heights and always dreamt of becoming one of the "good guys." After the "1 arrest / 20 summons / 5 stop and frisks" monthly policy was mandated by the NYPD in 2009, Polanco reached a turning point in his career that compelled him to choose between his career and his morals.