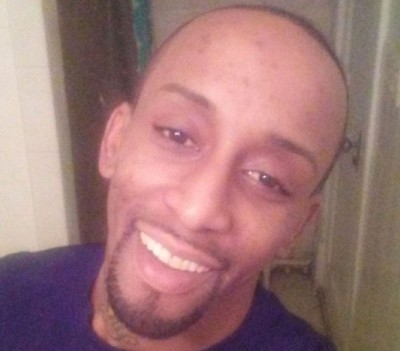 Additional body camera footage from the fatal police shooting of out queer man Kawaski Trawick in 2019 shows police officers calling him a “just a perp” shortly after he was gunned down in his own home, according to ProPublica.

Trawick’s family is again infuriated following the release of the latest footage, which was published by ProPublica after the non-profit organization New York Lawyers for the Public Interest used a lawsuit to obtain it from the NYPD. The latest video surfaced just over one month after Bronx District Attorney Darcel Clark unveiled separate body camera video clips showing the moments when Officers Brendan Thompson and Herbert Davis visited Trawick’s apartment, tased him, and shot him on a night when he may have been experiencing distress.

The new footage shows a sergeant surrounded by other police officers as she asks, “Who’s hurt?” Two unidentified officers off to the side then responded, saying, “Nobody. Just a perp.”

“This upsets me on so many levels,” Trawick’s mother, Ellen Trawick, said in a written statement. “I don’t see why they would refer to my son as a ‘perp.’ He had not committed a crime, he was not committing a crime and he was in his own home. The police are the ones who were the perpetrators of violence, they killed my son, and after that, all they did was try to criminalize him like his life didn’t matter. The only thing my son did was ask them why they were in his home. He asked multiple times and instead of answering him, they yelled orders at him, tased him and killed Kawaski in 112 seconds.”

Trawick, 32, was living at Hill House, a supportive living environment at 1616 Grand Avenue in the Bronx. The pair of officers initially traveled to Trawick’s apartment after records of dispatchers detailed a tumultuous evening, according to a report Clark published late last year. The superintendent of Trawick’s building and a security guard had called police and said Trawick was annoying neighbors.

Trawick also called 911 that same evening and insisted that there was a fire and that he was locked out. When officers approached his apartment, Davis knocked on his door, and when nobody answered, he knocked again and went on to open Trawick’s front door without any permission.

As cops entered his home, Trawick was holding a serrated knife and a stick and said he was cooking. He asked officers why they entered his apartment, and they instead ignored him and pleaded with him to put down his knife. Trawick proceeded to walk away to turn off a radio before turning to the officers and asking why they were standing in his home. Davis then tased Trawick, which caused him to drop onto the ground, and Thompson subsequently dropped the taser. Trawick then recovered and screamed at the officers, prompting Thompson — who no longer had a taser — to shoot him multiple times.

Trawick’s family members, who are upset that the officers have yet to be terminated from the NYPD or charged, became further irritated by the department’s hesitation in releasing body camera footage.

“It makes me even more upset because we asked the NYPD to share the full body camera footage with us and they refused,” Ellen Trawick said. “Why are they going to give that footage to someone else and not to his mother? The video the NYPD released was selectively edited and they only showed us what they wanted us to see, not everything that happened. Herbert Davis and Brendan Thompson need to be fired. It’s been more than a year and a half and I want to know what are Mayor de Blasio and the NYPD waiting for to fire Davis and Thompson?”

Loyda Colon, a spokesperson for Communities United for Police Reform, blasted the NYPD in a written statement and said the officers’ description of Trawick as a “perp” makes “the NYPD’s complete disregard for Black lives crystal clear.”

“It’s insult on top of injury to this family that the NYPD refused to release the full footage directly to them,” Colon added. “There has been no justice or transparency for the Trawick family. Brendan Thompson and Herbert Davis must be fired, the NYPD shouldn’t control body camera footage, and the police need to be removed from responding to people in emotional distress.”