Communities United for Police Reform – with support from over 50 local advocacy/community organizations and national homeless advocacy organizations – requested that NYPD Inspector General Philip Eure conduct an official investigation of the NYPD’s policing and treatment of homeless New Yorkers.  Community members, homeless NYers and advocates announced the request at City Hall, with a call for an end to the discriminatory & abusive policing of homeless New Yorkers. 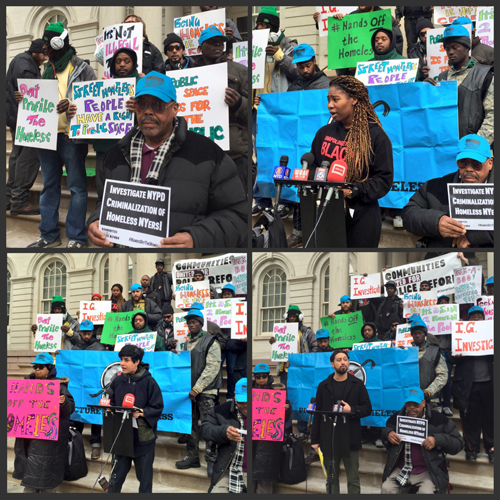 Thank you to these powerful groups who joined us in calling for the NYPD Inspector General investigation:

National Coalition for the Homeless

Center on Race, Crime and Justice at John Jay

The Kairos Center for Religions, Rights, and Social Justice and Poverty Initiative