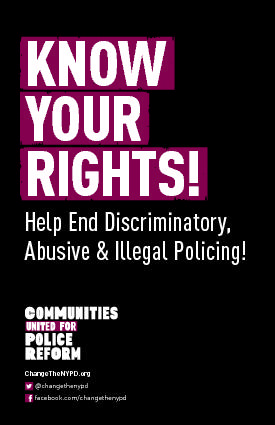 On Thursday, September 27 Communities United for Police Reform (CPR) member, supporter and partner organizations will hold an Advocacy Day at City Hall to highlight the harm that stop-and-frisk abuses and related discriminatory policing practices have on communities.  We will also be advocating for the passage of the Community Safety Act, a NYC Council legislative package reform package that aims to secure real NYPD accountability and transparency.