Win for Communities United for Police Reform: Litigation will be dismissed and prior temporary injunction to be lifted 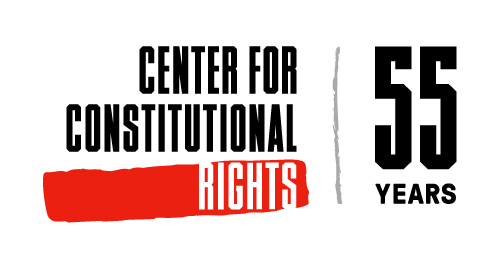 New York, NY - Today, the New York City police, corrections, and fire unions finally threw in the towel on a lawsuit to block the release of officer misconduct and disciplinary records following the repeal of 50-a—they have agreed to dismiss the action in its entirety and with prejudice. Earlier this year, the Second Circuit Court of Appeals denied the New York City police unions’ attempt to block public release of the majority of officer misconduct and discipline records and recognized that Communities United for Police Reform (CPR) could challenge the district court’s remaining limited injunction over certain records. Now, with the police unions’ case expected to be officially dismissed by Judge Failla, all injunctive relief will be dissolved and the NYPD and City can no longer point to this litigation as an excuse to hide police misconduct records.

Communities United for Police Reform (CPR) intervened in the police unions’ litigation last year and cross-appealed on the narrow temporary injunction ordered by the district court.

“This is a big win against police unions’ baseless fearmongering, definitively closing the door on their attempt to use the courts to overturn the will of New Yorkers after last summer’s repeal of New York’s infamous police secrecy law,” said Joo-Hyun Kang (she/her), Director of Communities United for Police Reform (CPR). “CPR intervened in this litigation even though we’re not lawyers because we knew the de Blasio administration that was responsible for much of 50-a’s expansion couldn’t be trusted to truly defend the repeal. We’re glad we did because the administration was willing to give up too much – and our great team of lawyers from Orrick and Center for Constitutional Rights fought for the full transparency New Yorkers deserve.

“Today marks another important step forward in the long struggle for real police transparency and accountability in New York City,” said Darius Charney (he/him), a senior staff attorney at the Center for Constitutional Rights. “But the fight is not over. We join with CPR and the other courageous advocates who fought for and won the landmark 50-a repeal last summer in calling on the Mayor and NYPD to release all officer misconduct and disciplinary records to the public.”

“We’re honored to have played a part in securing this result, which finally rejects the unions’ attempts to overturn the will of New Yorkers in repealing § 50-a,” said Chris Cariello (he/him/his), Attorney at Orrick, Herrington & Sutcliffe LLP. “CPR has won a tremendous victory for transparency and for the many communities across the state who have a powerful interest in knowing the disciplinary and misconduct records of the police who patrol their streets. And we’re immensely gratified that the voices, experiences, and perspectives of those communities were vindicated in a court of law, just as they were in the legislative process.”

In June 2020, the New York State legislature passed – and Governor Cuomo signed – the historic repeal of 50-a, the infamous police secrecy law that was used by police departments to hide police misconduct and discipline from the public. Communities United for Police Reform led the statewide coalition and campaign that won #Repeal50a.

On July 14, the five NYPD police unions, along with the corrections and firefighter unions, filed a lawsuit in state court to block the City of New York from publishing databases with police, corrections, or firefighter misconduct information.

On July 29, CPR, represented by the Center for Constitutional Rights and the law firm Orrick, Herrington & Sutcliffe, filed a motion to intervene, which was granted in August.

Police unions (along with corrections and fire unions) appealed the district court decision in the Second Circuit, and that appeal was denied on February 16, 2021. The unions still, however, attempted to continue to block a narrow category of records on which the district court granted temporary injunctive relief.

Through their litigation, the police unions attempted to use the courts to roll back 50-a, re-entrench police secrecy, and undermine the public’s right to transparency and access to information, and failed.

Communities United for Police Reform (CPR) is an unprecedented campaign to end abusive and discriminatory policing practices in New York, and to build a lasting movement that promotes public safety and reduces reliance on policing. CPR runs coalitions of over 200 local, statewide and national organizations, bringing together a movement of community members, lawyers, researchers and activists to work for change. The partners in this campaign come from all 5 boroughs, from all walks of life and represent many of those most unfairly targeted by the NYPD.

About the Center for Constitutional Rights

Orrick’s pro bono program has been praised for the dedication of its lawyers to supporting diverse causes with tangible results—including high-profile immigration disputes, civil rights litigation and grassroots global development through an innovative impact finance and social enterprise initiative. Orrick strategically allocates its pro bono resources to ensure that each lawyer’s work has the maximum impact for the client and the community.